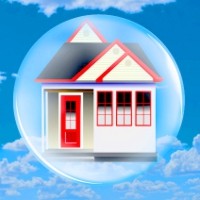 The four declared during their discussion there was no housing bubble.

Evans, who has been chief economist at Westpac since 1991 said that if you look at the growth in incomes over the past 15 years, “it’s sort of kept pace with the growth in house prices. I think you get ­bubbles when house prices run well ahead of income growth we just haven’t seen that”.

Oster – chief economist at NAB since 1992 – was deemed equally unequivocal: “no bubble”. He thinks the problem with Australia, should one emerge, will lie in unemployment. “If unemployment in our models gets to around 8 or 9% then you get the same problem as you’ve got everywhere else but we’re undersupplied, interest rates are low, we think unemployment’s gone up but nowhere near 9%, so no bubble.”

“Certainly no bubble,” said Hogan. “The perceived expensiveness of our property market is, as much as anything, a social issue – affordability issues. We simply don’t have the speculative credit element there to describe it as a bubble. Low-income earners getting heavily ­leveraged was the problem in the United States we don’t have that issue here,” he added.

Blythe said that for it to be a real bubble you’d need to see increase in prices being driven by debt, but that’s not happening.

“No bubble. Housing credit’s running at the bottom end of the range the past 30 years. You need to see banks easing their lending standards as they chase more dubious borrowers that’s certainly not happening and you need a general expectation that house prices are going to keep rising forever. Now there is an element of that I think.”