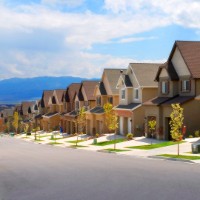 The time taken to sell properties and the average size of vendor discounts are at low levels, and auction clearance rates are above average, albeit not as high as late last year, the bank’s latest statement of monetary policy advised.

Stock turnover appears to have increased a bit in the June quarter, though is still a little below average.

The RBA noted the nationwide rental vacancy rate has been little changed over recent quarters at a relatively low level, but conditions in the rental market appear to have generally eased.

“Rent inflation has declined to its slowest pace since the mid 2000s.”

“Combined with strong growth of housing prices over the past year or so, rental yields have fallen to around their average of the past decade.

“A strong recovery in dwelling investment is well under way, driven by low borrowing rates, growth of housing prices, significant population growth and a retargeting of government assistance for first home buyers to new homes.

“Dwelling construction increased by almost 5% in the March quarter to be 8% higher over the year, as the substantial pick-up in residential building approvals over 2013 continued to flow through to activity.

“The increase was driven by a rise in new dwelling construction, particularly for higher- density dwellings. Alterations and additions activity also increased a little in the March quarter, after an extended period of weakness.

More recently, residential building approvals have declined a little in trend terms, but remain at a high level consistent with further growth of dwelling investment (Graph 3.9 below). The recent trend decline owes mostly to a decline in higher-density approvals from the very high levels seen in late 2013. Approvals for detached houses have trended higher in all mainland states over the past couple of years, notwithstanding a recent decline in South Australia.

The statement suggested household wealth has grown strongly over the past 18 months or so, buoyed by higher housing and equity prices and ongoing saving by households, although more recently growth has eased a little.

In most of the capital cities, housing price inflation was less rapid over the first half of 2014 than it was over the latter part of 2013.

While prices appear to have levelled out in Perth and Adelaide, growth has remained relatively strong in Sydney and Melbourne.

Surveys indicate that, compared with earlier in the year, fewer households expect housing prices to rise over the next 12 months, and households view buying conditions for dwellings as less favourable than they did a year ago,” the latest RBA Statement on Monetary Policy suggested.

It concluded that housing price inflation over 2014 to date has not been as rapid as it was over the second half of 2013, but prices continue to rise.

“Loan approvals are higher than they were a year ago, but have been little changed since late last year.

“At this level, they are consistent with growth in housing credit stabilising at a rate that is a bit faster than income growth, although the growth of investor credit has continued to outpace that of owner-occupiers.

“Along with the very low level of interest rates, this has seen consumption growing a little faster than household income, leading to a gradual decline in the saving rate over the past 18 months or so.

“Nevertheless, after picking up through 2013, consumption growth looks to have slowed in the first half of this year, with weaker retail sales growth and consumer sentiment falling to below-average levels.

“It remains to be seen whether this slower growth of consumption is temporary.

“Indeed, a timely measure of consumer sentiment has rebounded recently to be back above average.”