RBA’s bubble warning has not changed ‘on hold’ prediction: Westpac 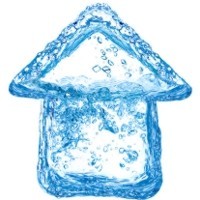 Despite the Reserve Bank of Australia’s concerns about the housing market’s price growth, it appears that not all are changing their predictions of a period of rate stability and macro involvement isn’t on everyone’s radar.

Westpac’s chief economist, Bill Evans, has noted in their latest bulletin that they are not altering their rate forecast – expecting the first hike to be in 2015.

He notes that they expect the rise to be in 2015’s September quarter, driven by a global outlook, modest lift in consumer spending momentum, non-mining investment and a falling unemployment rate.

While house prices and credit growth are also expected to also be rising, he says it will not be at a sufficiently rapid pace to trigger a rate increase.

However, Evans does note that the RBA is likely to either maintain or step up its public warning around housing prices and investor activity.

“A reasonable conclusion is that Australia is unlikely to introduce the New Zealand style of direct macro prudential controls,” he said.

He noted that APRA may lift its intensity of communication to ADI boards and even impose another round of stress testing, though it’s conceded that banks already regularly conduct stress testing.

“It seems unlikely that, at this stage, it would adopt the policies of 2003 where it raised the risk weighting on home loans and increased the capital requirements of mortgage insurers,” he said.

His notes suggest that the current boom is not a replica to that of the early 2000s, despite its similarities.

“The 2000-03 period bears some comparison with the current situation. In that earlier period annual growth in credit to investors peaked at 30% and overall housing credit  growth peaked at 22%,” he said.

The household debt ratio had risen by “26ppts in just two years” and lending standards were seen to have eased.

However, compared to the current environment, clear differences emerge.

“Currently annual credit growth for investors is running at 8.9% with the 6mth annualised pace at 9.5%,” he said.

“Overall housing credit is running at a steady 6.7% annual pace. The household debt to income ratio has risen 4ppts over the last year and remains below its peaks in 2010 and 2007.”

While the debt to income ratio level is higher than it had been in 2003, he notes that they believe this understates the extend of Australian households’ deleveraging since 2007, including accumulating funds in offset accounts.