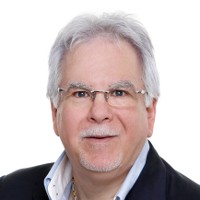 Once again the annual International Demographia Housing Survey ranked Australia one of the most unaffordable places on earth.

Sydney has been ranked the third most unaffordable major property market and Melbourne took sixth spot on the unaffordability index.

In fact, for more than a decade now, international market analysts have been waiting for Australia’s so-called ‘property bubble’ to burst.

But the thing many economists from abroad don’t quite grasp is, compared to our overseas counterparts, just how different Australia’s relationship with housing is.

Why do we have higher property prices?

However, most local economists are pretty confident that our housing markets are sheltered from any major overseas-style collapse.

In fact, one of this country’s most respected economists, Saul Eslake, senior Australian economist for Bank of America Merrill Lynch, authored a report explaining why our house prices are at such relatively high levels.

And he provides seven good reasons why this trend will continue into the foreseeable future:

Most foreigners have the misguided notion that ours is a country of ‘sweeping plains’, where we all get around with pet kangaroos grazing on the front lawn.

However, while our land mass might be expansive, the way we live is far more compact, with the majority of us crammed into a few big capital cities dotting the edges of our vast continent.

We are one of the most urbanised countries in the world, with almost 60% of us inhabiting one of our six major capital city centres, which boast populations in excess of one million residents each (Hobart being the only exception).

It might surprise you to learn that the only countries with more urbanised populations are Japan, Hong Kong and Singapore.

Research around urban geography and how it relates to house prices suggests that cities with more than one million residents tend to have more expensive property markets.

2. Our cities are more spacious and convenient

When you consider landmass in relation to ‘people mass’, Australian cities are comparably larger than those in other developed countries.

But the problem, according to Eslake, is that the further out into the ‘burbs’ you go, the more inefficient public transport and road infrastructure becomes at ferrying commuters into our CBDs.

Yet it’s within and directly around these CBDs where the majority of employment, economic and lifestyle opportunities are found.

As a result, Eslake says another reason for higher house prices across our cities is that a greater number of homebuyers who are prepared to pay more to get closer to the ‘action’, so they have to spend less time travelling each day.

In fact, I recently wrote a blog explaining that not all land is created equal and why it’s important to buy in the inner and middle ring suburbs.

3. It won’t change any time soon

Some might argue that infrastructure works to increase major arterials and public transport networks throughout our cities’ urban growth boundaries will encourage buyers who have found themselves priced out of these inner city sanctums to move further afield.

But the reality, as many commuters will tell you, is that building a few more lanes does little to ease the congestion of peak hour traffic or increase the appeal of commuting.

It’s unlikely that a few newly constructed expressways will threaten the strength of our consistently higher inner city house values any time soon.

4. Our houses are bigger and better

If you’ve done much overseas travel, or even watched a bit of television from the US, Europe and the UK, you’ll know that our homes tend to be larger than those in other countries.

Three quarters of us live in detached accommodation, as opposed to the more popular high-rise and townhouse options of other wealthy nations, and our dwellings are usually constructed with better quality materials.

If it’s built bigger and better, naturally you would expect to pay more for local housing than our international neighbours.

OK, obviously not all of us are rich!

But Eslake says that thanks to our prolonged resources boom and two decades without a serious recession (even as the rest of the world reeled under the GFC), we have collectively become a wealthier nation than most.

In other words, we not only can afford to pay higher prices for that bigger and better property, because we love all things real estate, we’re prepared to do so.

Although there’s a lot of vacant land around Australia, much of it is either undersupplied in terms of essential amenity, or simply not developable for various geographic and or town planning reasons.

Add to this the fact that the outward expansion of our most popular inner cities is restricted by harbours, bays and beaches; this leaves us with a large number of buyers competing for a much small number of dwellings.

Interestingly, since the turn of the century our population has grown at the relatively fast pace of 1.4% per annum (60% of which is attributable to immigration).

But while this represents twice the annual rate of population expansion since the 1990s, the number of new dwellings we’re building each year has only grown by 5000 to 150,000 per annum from 145,000.

Supply just doesn’t seem to be keeping up with demand in the more prized locations, partly due to excessive red tape and costs imposed by local and state planning authorities.

7. It pays to own property

Finally, says Eslake, the tax incentives offered to Australians who invest in residential real estate are just too good to pass up.

This additional demand on an already tightly held supply would be fine if it meant the construction of new accommodation for investment purposes.

But, other than in the middle of our CBDs where there is an oversupply, the lack of construction of appropriate accommodation means the majority of property investors are, more often than not, vying with homebuyers for established stock.

While it’s always interesting to hear what world economists think of Australian house prices, ours is a very different market and seemingly quite misunderstood by analysts who are essentially comparing apples with oranges.

By all means, read the reports and keep up with international opinion.

But formulating your property investment plans on the basis of the overseas doomsayers who lack an intimate understanding of our very different market dynamics is really a fool’s game.

Michael Yardney is a director of Metropole Property Strategists who create wealth for their clients through independent, unbiased property advice and advocacy. He is best-selling author, one of Australia’s leading experts in wealth creation through property and writes the Property Update blog. Subscribe today and you’ll receive a free video training – The Golden Rules of Property Investment.