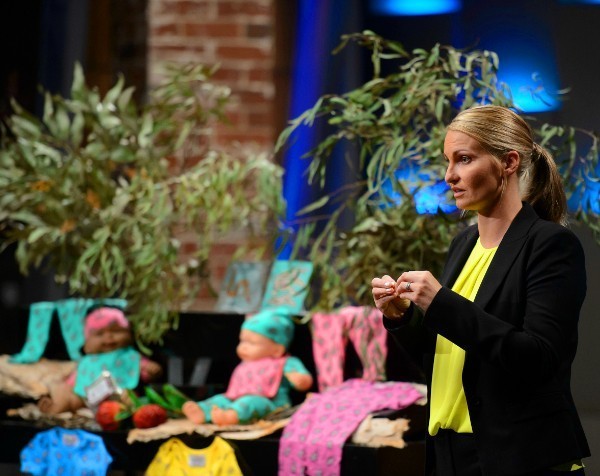 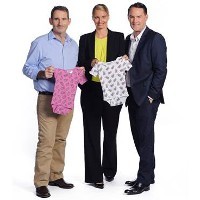 Children’s clothing featuring indigenous artwork and a device that helps physiotherapists measure their patients’ joints were among the businesses that impressed the judges on last night’s episode of Shark Tank.

But it was a children’s clothing business, Kakadu Tiny Tots, which caught the eye of John McGrath and Steve Baxter. The pair offered $40,000 to founder Kylie-Lee Bradford in exchange for 40% equity.

Bradford went into the Shark Tank seeking to sell 20% of Kakadu Tiny Tots, previously known as Piccaninny Tiny Tots, but like other entrepreneurs who have scored deals on the show, eventually agreed to hand over a bigger share in her business.

Bradford grew up in Kakadu and her products feature designs that have been passed down through her family for generations.

The designs are created in a number of indigenous communities and Bradford’s mother is one of the contributing artists.

Kakadu Tiny Tots has been trading for just over 12 months and its products are stocked in 18 retail stores in the Northern Territory, South Australia and Queensland. The business also operates an online store and some of its range is now listed for sale on RedBalloon, the e-commerce business founding by fellow shark Naomi Simson.

Speaking to SmartCompany this morning, Bradford said the $40,000 investment will primarily go towards producing more stock, allowing her company to grow its range and hopefully pick up more retailers.

Bradford says she was immediately attracted to McGrath’s support for the company’s cultural links and heritage and she believes Baxter’s IT contacts will come in particularly handy as she increasingly focuses on fine-tuning the Kakadu Tiny Tots website.

“The online space is where I need to be to grow,” she says.

The former flight attendant says she would “definitely” recommend other entrepreneurs try their luck in the Shark Tank but says it is essential to “do your research” and “know your business inside out” before you do.

Unfortunately the judges were not impressed with all of the pitches last night, with David, the owner of a business that supplies walk-in showers that convert to a bath, failing to score a deal.

Boost founder Janine Allis wrote on her blog she was confused by David’s pitch for S2B Smart Shower from the start.

“David was offering a percentage in the Australian distribution company,” Allis said.

“’What the hell did that mean?’ was my first thought when he started a pitch. People over-think their businesses and do not put themselves in the seat of the investor, focusing only on what they want.”

“So I assumed that he wanted to only give the investor the right to distribute the business and not access the businesses itself; so the pitch started poorly for me. The he spoke about sales. I believed his forecast sales were fanciful, having based his business on 10% of the market.”

At the end of the day, Allis said the sharks need proof to open their wallets.

“It’s hard for us to invest in something that we cannot see,” she said.