Shark Tank recap: The pitch which brought the sharks to tears (and also got them to open their wallets) 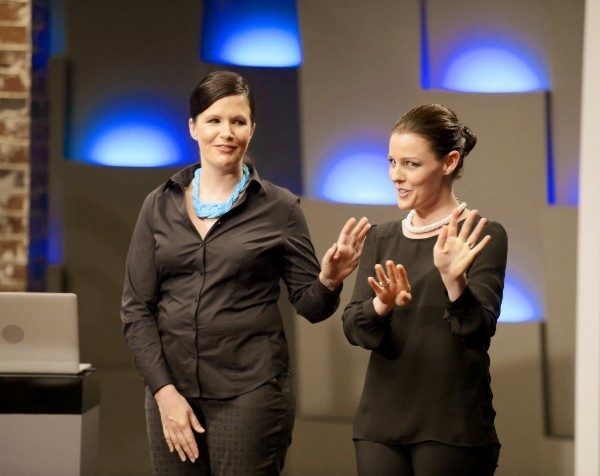 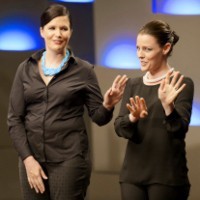 It was the pitch that had the sharks in tears, but Leah James, co-founder of childcare service Hummingbirds says she and business partner Rebecca Glover never wanted to be treated like a charity.

So the Brisbane entrepreneurs spent as much time as they could “running through the figures” to make sure they had a profitable business model to present to Shark Tank judges for their childcare service for children with special needs.

That hard work paid off with sharks Steve Baxter and John McGrath last night offering the pair $80,000 to share a 25% stake in Hummingbirds. Baxter and McGrath will each take a 12.5% stake in the company.

Some things aren’t supposed to be fought in the #SharkTankAU – this is about investing in people’s lives. Well done @sbxr @johnmcgrath100

James told SmartCompany due diligence on the deal has been completed and the parties are in the process of signing off on the contracts.

Hummingbirds grew out of a family day-care service operated by Glover, which ceased operating in December. But James and Glover pitched an expanded model of the service to the sharks and with the investment from Baxter and McGrath, will soon secure a premise to offer between 21 and 44 childcare places.

“We’ve had some amazing offers since the investment,” James says, adding that McGrath and Baxter’s contacts are paying off.

“We’ve got the bulk of the business organised, with permits and staff on our books. Our model is really established and so is our philosophy and way to run things.”

Once the first Hummingbirds centre is up and running, James and Glover will look to open two additional sites in Brisbane, but James says a national roll-out is definitely something the pair will plan for.

James met Glover when she enrolled her son in Glover’s family day care service, having found mainstream childcare services didn’t cater to his needs. She had searched Brisbane to find a service to help her and came across Glover’s home-based business via a blog post Glover had written about her daughter.

James says her son “flourished” under Glover’s care and the two women became “fast friends”. At the time, Glover was overrun with applications from parents for her service and two friends decided to develop a business model over coffee one day.

But what the duo thought would be a simple process proved more difficult, and their efforts to raise awareness of their proposed service through local media were unsuccessful.

But James says she was always “scouting for different opportunities” and when Glover stumbled across an advertisement for Shark Tank, they decided to put in a last-minute application.

While James says there were some nerves as she walked through the door to pitch to Baxter and McGrath, and fellow sharks Andrew Banks, Naomi Simson and Janine Allis, she and Glover felt confident in the numbers they were presenting.

“We really needed the sharks to see it wasn’t just a social idea, that we had the business ability,” James says.

“We’re not a charity and we don’t want to be treated like one.”

James’ advice to fellow entrepreneurs is to “never lose the passion”.

“It’s the one thing that has driven us from the beginning,” she says.

“And where it all stems from is our hearts. If you feel strong enough about something, it will happen.”