Shark Tank recap: Why I turned down a $2 million offer on national TV 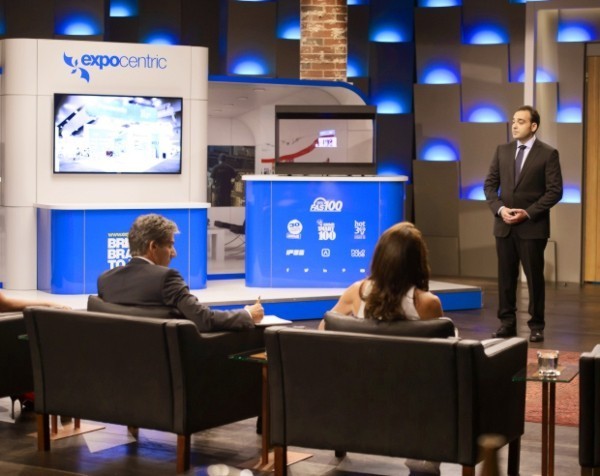 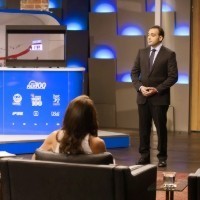 It was the largest offer made by an Australian shark to date, but entrepreneur Stan Kruss decided to turn down a $2 million deal from Steve Baxter on national television last night.

Afinalist on the SmartCompany Hot 30 Under 30 list in 2013, Kruss appeared on the Channel Ten’s Shark Tank last night, seeking $2 million for a 20% stake in his company, Expocentric.

Baxter offered Kruss $500,000 and said he would be willing to part with another $1.5 million if Kruss agreed to list Expocentric on the Australian Stock Exchange.

But an initial public offering isn’t in Kruss’ plans for the next three years and so he said no.

Speaking to SmartCompany this morning, Kruss says this is the first time he has sought external investment in Expocentric, which he founded six years ago.

“What appealed to me about Shark Tank was the opportunity to get someone on board who had been there and done that, a mentor,” Kruss says.

But Kruss says Baxter’s offer came with a condition of taking his business public within 12 months and he doesn’t have the time to spend preparing the company for a float when he is “doubling it every year”.

Kruss admits his valuation of Expocentric was “high” but says he walked on Shark Tank expecting to negotiate with the sharks.

“The ASX listing came out of left field,” he says.

“If Steve had of said a condition of three years [to float] I would have accepted that, but it’s not my priority.”

Baxter told SmartCompany he was disappointed Kruss didn’t take up his offer.

“I was disappointed he didn’t try to negotiate and ask more questions,” Baxter says.

“We dug quite a bit into his business and there is potential there but if he wants global growth, he would have needed much more than $2 million.”

Baxter says Kruss’ plan was based on taking Expocentric into multiple international locations and with a growth plan like that he would have needed between $5-6 million. A listing on the ASX would have given him that potential, says Baxter.

Expocentric is turning over between $11-12 million annually and while Kruss expects his B2B company won’t receive as much of a boost as other B2C companies that have appeared on the show, he says “any publicity is good publicity”.

“It will probably come from the secondary interviews with publications and magazines,” he says.

Expocentric was one of five businesses pitched to the Shark Tank panel last night, with a Melbourne couple who make Mexican hot sauces managing to secure a deal.

While both Boost Juice founder Janine Allis and John McGrath of McGrath Estate Agents were keen on Ranchero Hot Sauces, produced by Emilio and Giselle Cano, McGrath outbid Allis to secure a deal for 40% of the company for $80,000.

Emilio and Giselle impressed the judges with taste testing and music, as well as their business credentials. Ranchero sauces are already stocked in more than 80 retail outlets and 65 Coles stores in Victoria and the company is turning over $98,000.

Great show tonight on #SharkTankAU. To see more about the #Ranchero story & where to buy visit http://t.co/dLQLdsar5T

Like Travis Osborne, the entrepreneur who walked away from a Shark Tank deal last week, Kruss says learning how to pitch his business to investors means appearing on the show was a worthwhile experience.

“A lot of time is spent behind the scenes working out what to say and how to communicate it,” he says.

“I have no regrets. I always wanted to be on The Apprentice but didn’t get there, so this was my only chance to be on a reality TV show.”