“Startups are not for the faint hearted”: Online health-booking service readies for IPO, despite shareholder concerns 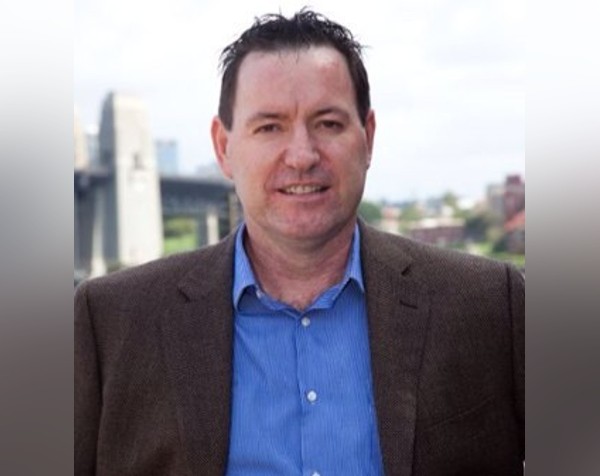 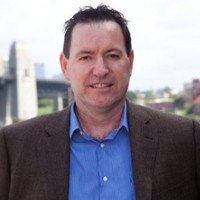 Three-year-old online health-booking service 1st Available is on the home stretch for an initial public offering that will see it attempt to raise $10 million.

But chief executive and managing director Klaus Bartosch has opened up about the challenges of getting a privately funded startup off the ground, after a small group of shareholders told SmartCompany of their concerns about the company’s previous capital raises and what they feel was shortcomings in the company’s disclosure practices.

1st Available was founded in 2009 and launched its commercial service in April 2012. The platform allows individuals to book online appointments with a host of health practitioners, including GPs, dentists and physiotherapists at any time of the day.

A listing on the Australian Securities Exchange has been provisionally scheduled for the end of May, with a minimum of $5 million needed for the float to proceed. However, 1st Available is hoping to raise $10 million from the IPO, which would give the early stage company a market capitalisation of $29.7 million. Shares in 1st Available will be offered at $0.35 a piece.

If successful, the float will allow 1st Available to acquire three other health-booking services, GObookings, Clinic Connect and DocAppointments, which Bartosch told SmartCompany all share a similar vision to 1st Available: maintaining continuity of care for both patients and health providers.

Bartosch says he has been “totally surprised” by the positive response the company’s IPO plans have received to date, saying 1st Available could have opted to complete another private capital raise, but a float will provide the big injection of cash the business needs to “step it up”.

“The hard work has been done, it is now time to accelerate growth,” he said.

Bartosch says an IPO is “by far the easiest, fastest method” to raise a substantial amount of capital in Australia.

“The practicality is really simple: the Australian marketplace getting access to capital with an unlisted vehicle is hard as a startup,” Bartosch said.

“We are an unusually difficult market to raise capital.”

And for his part, Bartosch says he is “quite looking forward to [1st Available] being a public company”.

“The fact that we are going to be publicly listed will play strongly in favour of our business and it is because there will be complete transparency,” he said.

While 1st Available currently has 191 shareholders – and if the float goes to plan, will have plenty more – a number of investors that own shares in the company have expressed concerns about the operations of the company up until this point.

One investor, who spoke to SmartCompany on the basis of anonymity in January this year, says he had “long written off” the value of his investment in the company and had attempted to raise his concerns about the company with the Australian Securities and Investments Commission in the past, but ASIC “wasn’t interested”.

“We were told shareholders should take it up with the company if they’re worried,” the shareholder said.

The investor told SmartCompany he had concerns about some shareholder deals and continuous rounds of capital raising with little evidence of where the money is spent.

1st Available has been run as a public unlisted company and, as such, holds annual general meetings with shareholders. The investor says he has made multiple attempts to question the company’s directors at these AGMs.

1st Available has raised a total of approximately $12 million through multiple private funding rounds. This includes a capital injection of $1.5 million in March 2014, which included high-profile investors Mark Kehoe, founder of GraysOnline, and Grant Harrod, chief executive of Salmat.

But the investor SmartCompany spoke to said there has been no evidence of what the money has been spent on.

“They don’t even notify existing shareholders when they conduct a capital raise,” the investor said.

“Year-in, year-out it is a story of the next great deal just around the corner. The same story is used each year, basically to convince new shareholders.”

The investor is particularly concerned about a transaction that took place in early 2014.

“They had a cash shortfall in March but there were expectations new investors would come along shortly,” the investor said.

“They needed to pay the bills so they borrowed $30,000 from the managing director, who is also a shareholder these days. The directors paid him back weeks later with $15,000 in interest.”

“After 15 minutes discussion at the AGM, they said ‘by the way, we gave it back in shares, not cash’.”

While the investor says there are no rules governing how much interest is charged on transactions of this nature, they believe the large amount of interest is problematic.

The investor also has concerns about how the company has spent funds allocated to sales and marketing.

“They appear to have around eight staff, with one sales person. But they say they’ve spent $480,000 on sales and marketing, There is no evidence of any marketing.”

The investor says the company directors committed at the last AGM to be more transparent about the company’s accounts, but the investor believes they are doing only “the bare minimum” and “just scraping through” in terms of their legal obligations.

SmartCompany put the investor’s claims to ASIC but the corporate regulator said it does not comment on operational matters “and this includes whether we have or have not received complaints from or about a particular person or entity”.

“In general, ASIC will assess any reports of alleged misconduct we receive from members of the public to determine whether the concerns raised suggest breaches of the laws we administer and whether we have sufficient grounds to take regulatory action in response to any alleged breaches,” an ASIC spokesperson said.

“Startups are not for the faint hearted”: Bartosch responds

While declining to comment on the specific allegations made by the investor SmartCompany spoke to, Bartosch yesterday revealed some of the challenges faced by new businesses that rely on private capital to get runs on the board.

“Startups are not for the faint hearted”, he said, saying he agrees with the description of early-stage private companies “lurching” from one capital raise to the next to survive.

“Investors need to understand the commercial risks of early-stage companies when making investments, especially in companies like ours that set out to build a national platform in essentially a new marketplace. Most investors understand that, even when things go well, this is a process that takes time. Those investors that don’t have the temperament for early-stage investing would be better off investing in other parts of the market.”

“Ironically, while we have had two or three disgruntled investors at 1st Available, they are set to double the money at the IPO price,” Bartosch says.

“We’ve now moved beyond the start-up phase and the teething issues that go with it. I hope when they look back at the experience our investors will realise that management has worked hard at all times to achieve the best possible result for the business and for shareholders. We’ve been investing in our systems and in sales and marketing for several years, preparing for the time when online bookings become commonplace.”

“We think that tipping point is fast approaching. A year ago many practice managers we were in discussion with were telling us they were still thinking about whether or not to start taking online bookings. Now increasingly the discussions we are having with practice managers are about what platform to go with and how to implement it for the benefit of both practices and consumers. With the funds raised through the IPO, and the benefits of our acquisitions strategy, we will be better placed to market our services and sign up additional practices from across the healthcare spectrum.”

Research firm Frost & Sullivan estimates just 3% of health practitioners in Australia are currently taking appointment bookings online, but the market is poised for rapid growth as more providers come on board.

Bartosch says “competition is still evolving in the market” and in the absence of one market leader, the opportunities for growth are immense.

But as difficult as it is to get the technology right—Australian healthcare providers use 130 different software management systems that platforms like 1st Available need to plug in to—Bartosch says “getting people right” is often even more challenging for new companies.

“We strongly believe in the philosophy of ‘fail fast’ and that’s in terms of both technology and people,” he said.

That being said, Bartosch says 1st Available has had an “exceptional” board from its beginnings and he believes the company has the right executive team in place to continue to grow the business.

The future: More acquisitions on the cards

While Bartosch and his team will have their hands full integrating GObookings, Clinic Connect and DocAppointments post-IPO, the former sales and marketing director of web hosting service Hostworks says he is open to more acquisitions down the track.

“We will continue to pursue those opportunities as they emerge if it makes sense to do so,” Bartosch said.

One of Bartosch’s key concerns is to ensure 1st Available is a sustainable platform, and while the GP booking market is one important space in which the company operators, he says 1st Available has to be about much more than that.

“A service that is purely vertical in one industry can’t sustain long-term consumer adoption, especially when an alternative exists.”

Bartosch believes what 1st Available’s customers value most is the aggregation of content.

“Seek, Carsales.com, they are content aggregators,” he said. “That’s what we do, but with health appointments.”

*This article was updated at 3.02pm on Monday, May 4, 2015, to correct an error in relation to 1st Available’s capital raising in 2014 and to include an expanded response from Klaus Bartosch.