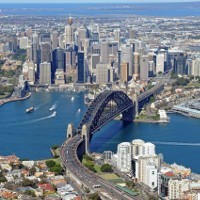 As of yesterday, Sydney’s median asking price has pushed past the $1 million benchmark. This figure looks at freestanding houses, which includes terraces but excludes townhouses.

In this morning’s update, SQM Research’s Louis Christopher said that the median asking price for houses is now $1,005,800.

The median asking price for a three bedroom home is not far behind having recently ticked over the $900,000 mark, with a clearly upwards trajectory.

You can see their full break down here.