The industries set to fly and fall during 2014 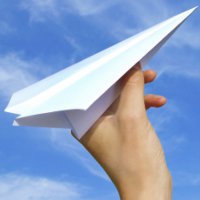 As Australian companies usher in the new year, IBISWorld reveals the five industries expected to soar and the five expected to sink.

Diamond and gemstone mining tops the list of growth industries in Australia, with an impressive 24.0% rise anticipated for 2014, followed by superannuation funds, organic farming, online shopping and internet publishing and broadcasting.

Meanwhile, other industries are probably not as celebratory about the new year, with revenue from video and DVD hire, sugar cane growing, mineral exploration, newspaper publishing and horse and dog racing forecast to decline in 2014.

IBISWorld forecasts the diamond and gemstone mining industry will grow by 24.0% over 2014 to $821.9 million, identifying the industry as the top performer. Growth will be underpinned by output from the underground Argyle Diamond Mine in Western Australia, which was previously under development.

Australia’s diamond and gemstone production and exports are expected to increase significantly over the course of 2014.

High quality stones as a share of total output is expected to increase, which will have a positive impact on total industry revenue.

A continued weakening of the Australian dollar from record highs will also support revenue generated from US-denominated sales of diamonds.

Revenue in the Australian superannuation sector is forecast to rise in 2014, as sharemarkets worldwide return to levels similar to those prior to the global financial crisis. IBISWorld expects the industry to grow by 23.0% over the year to take revenue to $356.6 billion.

In July 2013, the federal government increased the super guarantee charge percentage to 9.25%, which will rise by a further 0.25% in July 2014. This will continue to positively affect the sector by increasing contributions income.

A stable Australian labour market is a key factor driving growth in the industry.

Characterised by a growing labour force, the conditions in our employment market mean more people are contributing to superannuation than before.

IBISWorld anticipates revenue for Australia’s organic farming to increase by 13.7% over 2014 on the back of strong consumer demand, with revenue expected to reach $707.7 million.

Increased demand for the sector’s produce will be driven by higher levels of household disposable income, health consciousness among consumers and increasing environmental awareness.

Production is anticipated to increase because of supply chain improvements, more refined processing capabilities and increased variety in the sector.

A broader selection of organic foods in supermarkets, independent retailers and markets should assist in increasing sales and driving revenue for primary producers. This will include more private-label organic products available at lower price points.

Forecast to grow by 12.3% in 2014 to reach $13.2 billion in revenue, the online shopping sector will offer consumers more choice and more competitive prices than ever before.

As there are no geographical boundaries, parallel imports, increased competition and global sourcing will reduce the cost of online shopping to the end user, driving its appeal.”

Australian consumers are price-conscious going into 2014 and online shopping allows them to hunt for the greatest bargains from retailers both locally and abroad.

Increasing internet penetration, particularly in rural areas, is expected to bring more consumers to the online marketplace – partly facilitated by the rollout of the National Broadband Network (NBN).

More traditional retailers are beginning to join the online sphere in order to remain competitive, with their shop fronts acting as convenient locations for pick-up and returns.

IBISWorld forecasts that the internet publishing and broadcasting industry will grow by 11.4% in 2014 to reach $1.7 billion.

Key factors tipped to drive this growth include increasing internet penetration, developments in internet technology and the ongoing rollout of the NBN, which will increase accessibility to video and audio content.

Higher consumer and business expenditure is expected to lead to more revenue from subscriptions, which is the most successful model to date.

The ease of setting up operations makes it viable for current publishers to transition print models to online or combine the two, and for new publishers to start the journey in the online world.