The top 10 most viewed suburbs in Australia, according to realestate.com.au 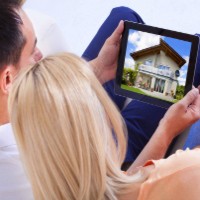 Online real estate listing website realestate.com.au has revealed the top 10 suburbs in Australia for viewers per listing. According to the quarterly Top Sellers’ Markets report, New South Wales takes out four of the top 10 suburbs, with Victoria close behind with three of the most viewed suburbs.

The top spot this quarter goes to NSW’s Balgowlah, with the suburb’s sellers seeing more viewers per listing than anywhere else in the country. According to John Cunningham of Cunningham’s Property in Balgowlah, the result is unsurprising.

“There has been a significant increase in demand for property in the Balgowlah area in the last few months. Open homes in the suburb are attracting twice the number of interested parties compared to last year and the average days-on-market for property is currently down to 16 days,” said Cunningham.

“It has always been a convenient and desirable location. There is a good mix of houses and apartments which makes it popular with both investors and owner/occupiers. With cafés, restaurants and fresh food markets nearby, it certainly offers buyers great lifestyle opportunities.”

According to realestate.com.au’s General Manager of Sales and Operations Arthur Charlaftis, Top Sellers’ Markets list is indicative of increased buyer interest in the suburb.“The Top Sellers’ Markets looks at supply and demand in each suburb and ranks the suburbs accordingly. A position in this list suggests that it could be a good time for property owners in these areas to consider selling as there are a high number of buyers looking for property in that suburb,” he said.

Eight suburbs have made the national list for the first time.

According to RPData, the median house price for Balgowah is currently $1,220,000, with units going for a median price of $705,750. This two bedroom home at 4 Kitchener Street (pictured below) is on the market with $900,000 plus expectations.

The highly sought after inner city Melbourne suburb has a median house price of $1,542,000. The home of the The Block: Fans v Faves currently has a been enjoying an exceptional high and medium density market, with median unit sales price of $2,375,000 for February, according to RPData.

One of two South Australian suburbs on the top 10 list, Norwood is located four kilometres from Adelaide’s city centre. Its median house sales price in February was $960,000, with a median unit price of $640,000. The suburb is currently offering this impressive bluestone villa at 33 Edward Street (pictured below).

This northern Sydney suburb has a median house price of $1,05,000, and a median unit price of $875,000. It is the first time the Northern Beaches suburb has made realestate.com.au’s list. Vendors are accepting offers over $850,000 for this bright three bedder (pictured below) at 7 Newell Place.

One of only two suburbs to have made the list from the previous quarter, demand for properties in Cherrybrook has seen an increase in buyer demand, jumping from ninth place to fifth. Last month, the suburb had a median house price of $976,000 and a median unit price of $645,000.

The beachside suburb of Brighton makes the list for the first time. It has one of the lower median housing prices of suburbs on the list, at $660,000. The median unit price for Brighton is $355,000.

Holland Park is Queensland’s only suburb  to make the list. Eight kilometres from the Brisbane CBD, a high proportion of residences in the suburb are wooden post war Queenslanders, like this renovated five bedroom home (pictured below) on Arnold Street. The median house price in the suburb is $510,000, while the median unit price is $345,000.

The south-eastern Melbourne suburb of Ormond had a median house price of $765,000 and a median unit price of $632,500. It is the first time that Ormond has appeared on realestate.com.au’s list.