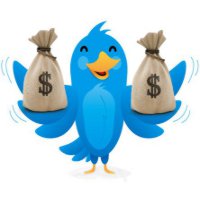 Social media darling Twitter ended last week with US$2.3 billion wiped off its market valuation, following a 7.24% fall in its share price on the second day it traded. Despite the slip, the share price ended at US$41.64, significantly higher than the issue price of US$26.

The problems of valuing companies like Twitter are not new. Twitter is the latest example of a difficult to value business, but the same can be said of many listed companies including Google, Facebook and LinkedIn.

Aswath Damodaran’s fascinating book “The Dark Side of Valuation” talks about the need to convert stories to numbers. This is perhaps the most difficult thing to do when valuing companies like Twitter.

Damodaran argues many people who claim to be doing “valuation” are actually just “pricing”, and valuations often go bad due to problems in the valuation process.

Twitter has invested large amounts of money in developing its business yet it has not managed to make a profit.

As indicated by Mary Jo White, Chair of the US Securities Exchange Commission, the metrics used in selling recent IPOs like Google and Twitter to the public are not closely related to profits or even to sales of product. She identifies some of the recent measures that companies have touted as proof of their value.

To get a better sense of the problems faced in valuing these firms it’s worth revisiting the internet crisis of 2000. During this period it was often argued there was a pricing bubble in the internet industry with market prices arguably no longer reflecting value.

Yet, when the crunch came it was not the result of new disclosures about the various measures of internet activity but earnings reports issued in 2000 for the 1999 year. These showed that predicted profits had not eventuated.

The real issue in valuing internet companies is in achieving some sensible understanding of the cash flows that the business is capable of achieving. Reliance on simple counts makes little sense even when touted by the spruikers of these new companies as the only available information on which to base valuations.

Valuation requires the identification of expected cash flows that the company can reasonably be expected to generate, and while this may be related in some sense to web site visits, it must ultimately be linked to expected profits and cash distributed to shareholders, either as dividends or capital gains.

Most internet companies rely on advertising revenues to drive their profits and so it’s critical for analysts to estimate future advertising demand in the industry and identify the share that the internet company will be able to capture.

Advertisers are usually careful with their advertising spending and tend to follow up on expenditures to see whether sales of product or service are actually affected by the advertising.

If the internet company has not fully developed its product or if there are issues with competition in the future then the valuation task becomes more complex as there are different scenarios that could occur. Valuation of these more complex businesses involves an attempt to capture the complexity of the business. This is a challenging task and might be solved using complex mathematical tools or careful thought and research into the key value drivers. The valuation of these companies is unlikely to be driven by “the number of people who ‘liked’ the company,” for example.

Scenario analysis is one approach to dealing with the uncertainty of the valuation of these companies. With this approach the firm is valued under a number of situations and the analyst attempts to identify those elements of the company’s business that most affect its value. For example, the development of an internet business might be particularly sensitive to government interference in terms of restricting access to citizens or from government oversight of how the system is used by citizens. Entry of competitors could also be a problem.

So the company might be valued on the basis of free entry to all countries as well as access restrictions in some key countries. “Real option valuation” is also used and this involves identifying the key options that the business faces and then valuing these options. This can be complex as options become more valuable as uncertainty increases.

Richard Heaney is the Winthrop Professor at the University of Western Australia.