Verne Harnish: Why Mark Latham (and everyone else) is wrong about small business 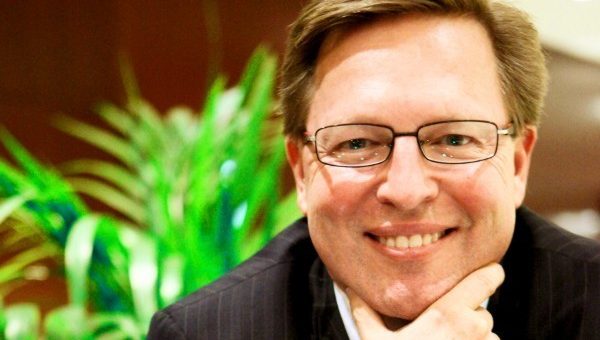 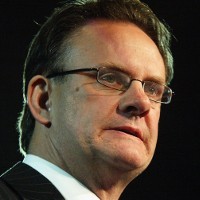 Former politician Mark Latham is “missing the point” when it comes to small business, but so too are industry groups and the federal government, according to high-profile entrepreneur and business writer, Verne Harnish.

Dubbed “the growth guy”, Harnish is the author of best-selling business books including Mastering The Rockefeller Habits and is the founder of the Entrepreneurs’ Organisation and $31 million “outsourced corporate university” Gazelles.

Read more: Verne Harnish: The three barriers to growing your business – and how to overcome them

The day after the Australian small business community hit back at Latham’s scathing attack on small businesses, Harnish spoke to SmartCompany about why the debate should not be about business size.

“Size doesn’t matter; growth does when it comes to innovation, job growth and an overall vibrant economy,” Harnish says.

“Both sides are missing the point, as is the government.”

In a weekend newspaper article, Latham labelled small business owners the “garden gnomes of the modern economy” and “blank-faced losers serving up kebabs and pizza slices in greasy food halls and shopping malls”. The former leader of the federal Labor Party opined that “big is beautiful” and said “if businesses were any good they wouldn’t be small”.

But the small business community hit back, with Peter Strong, executive director of the Council of Small Business of Australia, calling Latham’s remarks “bile infested” and “odd comments from a failed politician”.

“In the modern world, we need things big and small and also medium,” Strong said.

But Harnish says the discussion shouldn’t be focused on the relative size of companies. Instead, we should be talking about the rate at which they are growing.

“It’s the scale-ups in the economy—the ‘gazelles’—that are most needed, yet they only represent a mere 3% of all companies in the US and usually less in other countries.”

“Scale-ups create new turf; the large companies spend most of their time protecting their turf.”

Harnish’s most recent book, Scaling Up, is an update to his 12-year-old business manual Mastering the Rockefeller Habits. In it, he explains that governments often fall into the trap of focusing on the largest companies, but not necessarily the most innovative.

“The large number of entrepreneurs forms a significant enough voting block to garner attention from politicians,” Harnish writes in the book.

“In turn, the sheer size of the Fortune 500 companies … employ expensive lobbyists to do their bidding with governments, receiving all kinds of special favours.”

“Largely ignored, by gurus and governments, are the older high impact growth firms. Though they generate almost all the innovation and job growth in economies, there are not enough of them to garner the favourable attention of politicians.”

Harnish says there is an inherent disconnect between what highly scaling and fast growing companies need and what governments choose to provide.

“What this vital sector of the economy really needs rarely related to what politicians want to banter about to get votes—and that’s what is such a disservice to the citizens of countries and why countless millions are misspent in the name of economy and job growth, yet making no appreciably positive impact on the economy,” he says.

“It’s the Atlassians of an economy that matter most.”

Harnish has recently teamed up with UK-based angel investor Sherry Coutu to provide formal advice about the need to encourage scale-ups to the UK government.

Coutu’s report, which was delivered to the UK government in November 2014 and seen by SmartCompany, found a 1% increase in the population of scale-up companies in Britain would create 238,000 new jobs and contribute £38 billion ($75.7 billion) in gross value added to the British economy.

Coutu defines a ‘scale-up’ as an enterprise with at least 10 employees and average annualised growth in employees or turnover of greater than 20% over a three year period.

“We are in the positive to create unrivalled national competitive advantage by increasing the proportion of companies that ‘scale up’,” she told the UK government.

Harnish is meeting with senior politicians in Europe to discuss the topic and he wants to do the same in Australia.