What’s ahead for property and what will happen to house prices in 2014? 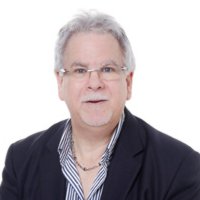 We’re coming to the tail end of the year, so it’s traditionally time to look at what’s happened to property over 2013 and speculate what’s likely to occur in the year ahead.

And, boy, are there already some bullish predictions for 2014!

Recently, respected property researcher Louis Christopher from SQM Research received a lot of publicity when he predicted the Australian property markets are likely to have capital growth in the order of 7% next year, and Sydney will stand out with 15%-20% capital growth.

Research house BIS Shrapnel came out with similar predictions and last week ANZ Bank forecast more modest growth, expecting our markets to deliver a“15-20% lift in home prices over the next 2.5 years”.

But I’m getting ahead of myself. Let’s first look at…

The performance of our property markets over 2013

Peaking in late 2010, our property markets slumped in 2011, turned in mid-2012 and have since recovered lost ground.

This year will be seen as the year investors and home buyers hopped back into the market encouraged by historically low interest rates, an improving economy spurred along by strong population growth (around 400,000 people) and rising consumer confidence.

Despite a record number of properties for sale this year, auction clearance rates have remained high, showing the depth of the market as well as the level of home buyer and vendor confidence.

Similarly, those properties offered for private sale are selling quickly, with vendors not needing to discount their asking prices as much as they did last year.

Currently, investor demand has been one of the main drivers of the housing market upturn coming from locals encouraged by low interest rates, overseas investors keen to place their money in a safe haven and Baby Boomers buying properties in their self-managed superannuation funds.

While upgraders and downsizers are buying new homes, interestingly, first homebuyer activity has been quiet so far this cycle, but the property newbies are likely to return next year with the need to find bigger deposits.

But the property bubble is not going to burst

However, despite what some doomsayers believe, we are not in a property bubble and the rise in prices can be explained by improved housing affordability brought about by a 7.7% fall in dwelling values between late 2010 and May 2012 (when the housing market bottomed) as well as low interest rates and rising wages.

You know what, even though combined capital city home values have increased by 8.7% throughout the current growth phase, if you take into account inflation over that period, all capital city values remain below their peaks as the following graph from RPData shows.

Fact is, lower home prices in recent years combined with rising household incomes and lower mortgage rates have made housing more affordable over the last few years. Mortgage repayments on the median-priced home have fallen from 37% of disposable household income in mid-2008 to just 24% at present (well below the long-run average of 29%).

Despite this, bubblers continue to suggest houses are “overvalued” because the rise in house prices over the past few decades vastly outperformed the rise in wages. However, ANZ Bank disagrees, explaining:

To be fair many young families trying to get their foot in the door of the property game feel that real estate is unaffordable.

Fact is, it’s always been hard to make that first property purchase and there’s good news for them in the following graph showing the percentage on an average family’s disposable income required to buy a median priced property in our capital cities is well below the long-term average.

Our housing markets are in the early stages of a cyclical upturn which is likely to continue throughout 2014 and 2015, buoyed by low interest rates (even though there may be an increase in rates late in the year) and increasing consumer confidence as the media keeps reminding us that some properties are increasing in value by $1000 a week.

This will be supported by continued population growth that could see our numbers swell by another 500,000 people in the next 15 months at a time when supply just can’t keep up, as shown in the following graph.

So how high will prices go?

As I don’t have a crystal ball, I’ve learned not to try and predict these matters. What I do know is that the fundamentals suggest the market has some time to go before it hits its next cyclical peak. However, rising unemployment and the inevitable economic hiccup could cause consumer confidence to falter a little next year and slow things down a tad.

By the way, that’s not a bad thing. If property values keep rising by the equivalent of 20% a year (as has happened in Sydney and Melbourne over the last quarter) then this cycle is likely to be cut short earlier as this level of growth is unsustainable.

I also know the market will be fragmented – regional Australia is likely to underperform the capital cities, not all capital cities will grow at the same rate and within each city some properties will outperform the others. So, as always, careful property selection will be crucial if you’re planning to invest in property.

I’ve positioned myself to take advantage of the next property wave – what are you going to do about it?

Michael Yardney is a director of Metropole Property Strategists, who create wealth for their clients through independent, unbiased property advice and advocacy. Subscribe to his Property Update blog.