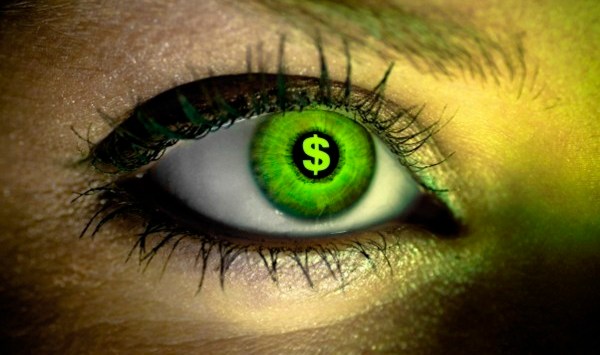 I’ve been internally debating the merits of crowdsourced equity funding (CSEF) for a while now, but ended up jumping into a Twitter discussion the other day with Rose Powell and Ed Husic.

It didn’t go too well. Admittedly, 140 characters is not necessarily the right way to go about debating such an important topic.

Husic, to his credit, is vehemently pushing the startup agenda in government and while I’m not supportive of his party, I do believe the issues facing startups in Australia need a bipartisan solution.

In the end, both parties should be pro jobs and pro economic growth, and startups are a huge catalyst for both. Most countries get this, why don’t we?

To add a little more context to my comments on the topic of CSEF, my reservations are as follows:

1. As an early stage investor, I believe there are two types of capital — smart capital and dumb capital

In a startup’s earliest stages, they need the former. Smart capital comes from angel investors who provide capital plus support to entrepreneurs — whether it be in the form of domain expertise, startup experience or access to networks there is a lot more value provided than just the capital. In a CSEF situation, the entrepreneurs don’t get this level of support. All they get is a bunch of minority shareholders (even though this may or may not be pooled into a single syndicate, I still question how the entrepreneur gets the most out of this arrangement).

2. Australia’s startup ecosystem may be too immature to support CSEF

Startups in Australia have really taken off in the past few years but as an investor I still see a lot of immaturity in how founders view and pitch their companies. For example, according to the Startup Muster survey, only 30% of founders are targeting markets bigger than $1 billion. This is a problem for investors who want to see more Australian startups aiming for the moon and are willing to accept a higher risk for higher reward (like us).

Right now there are a lot of first-time founders in the Australian ecosystem, many with great ideas that just need a bit of coaching, but CSEF doesn’t provide that, and hence in an immature market, it could actually do more harm than good. To boost the amount of venture capital in the ecosystem, all we really need are runs on the board — successful exits where investors make good returns.

Traditionally, the resources and property sectors (and apparently the Melbourne Cup) have provided the returns and risk factors that investors were looking for and so the flow of capital into these sectors has increased over time. If, however, CSEF investments don’t live up to the hype, the entire sector will be tarnished.

Is CSEF a solution?

I do understand why so many people see CSEF as a solution. The general consensus is that a lack of capital is holding us back, yet from my observations, many of Australia’s startups are just not ready or suitable for venture capital and the ones that are, are being funded. (Startup Muster results suggest only 18% of startups in Australian tried and failed to raise capital and that 14% successfully raised, which is not a bad ratio and in fact probably better than many other locations).

A startup ecosystem is really very similar to any two-sided marketplace, so of course we have a chicken and egg situation. Up until now most people have pointed the finger at government for making things harder than they need to be and VCs for being too risk averse. However, my (admittedly biased) opinion is that Australian investors are willing to take a lot of risk on a solid founding team, and many funds and angels have capital ready to invest in the right opportunities.

In this “TechCrunch” era it is easy to think that anyone can raise capital, but there are plenty of Silicon Valley startups that can’t get funding either for various reasons. Even Airbnb was rejected something like 13 times before they found their first investors — the key to their success being perseverance — and so Australia is not unique in being a tough environment to raise venture capital.

It’s not dire and it’s not at risk of disappearing. There is capital for the right opportunities. Could there be more? Yes, of course. Is CSEF the answer? No. Could government be better focused on what startups really need? YES!

Some will argue that we are getting left behind by the US, UK and Israel by not implementing CSEF quickly enough. The truth is that these countries are already so far ahead (decades, in fact) that we still have foundational issues in our ecosystem that need to resolved first.

What we really need is a startup ecosystem roadmap, and I’d be happy for Ed Husic to lead that effort. Previous policies have been a mile wide and an inch deep, but this roadmap should be focused solely on technology startups. Focus is the key; startups need to be decoupled from “small business” and all initiatives should be funded on the basis that they provide long-term positive economic impact.

These are things I’d like to see on that roadmap:

My biggest hope is that one day Australia will see a government that gets startups and the economic impact that they have the potential to make. While I’ve previously blogged that entrepreneurs should forget about government support, I’m still of the opinion that government has a role to play in the long-term viability of the Australian startup ecosystem.