Why shopping centres are getting bigger despite weak retailing conditions 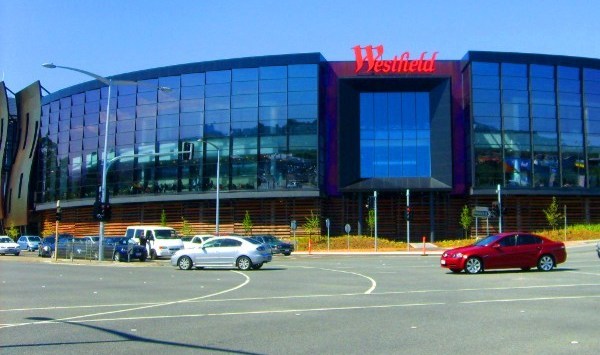 In recent years, Australian retailers have complained about weak retail trading conditions. This has typically been blamed on poor consumer confidence, the mining boom cooling off, unease about the federal budget and the rise of online retailing.

Yet despite the gloom, Australian shopping centre owners have billions of dollars’ worth of major centre expansion and redevelopment projects either underway or in the pipeline.

Scentre Group, which operates the Westfield brand in Australia, boasts a redevelopment pipeline of $4.9 billion. This includes extension and redevelopments at its Miranda, Chatswood, North Lakes, Kotara, Garden City, Warringah Mall, Chermside and Marion complexes. An additional $450 million expansion of its Knox City complex, in Melbourne’s outer east, is on the drawing board.

Key rival Federation Centres has a $1.3 billion redevelopment pipeline. This includes major redevelopments at Cranbourne Park, Warriewood, Colonnades and Hall Head, with expansion plans for The Glen in Melbourne’s east and its Mandurah shopping centre also on the drawing boards.

Other developers are also investing in their own redevelopments, including QIC’s Eastland expansion and PSC’s ongoing redevelopment of its Pacific Werribee complex.

Aside from the big-name anchor stores, these redevelopments will lead to the creation of thousands of new specialty stores right across Australia by the end of 2015. In most cases, these specialty stores will be filled by small business owners operating as retail franchisees.

However, the risk, if retail sales remain sluggish, is that there will either be a vast oversupply of retail space, or that there will be more specialty stores competing for fewer consumer dollars.

After all, as recently as 2013, retail king Solomon Lew warned shopping centres would have to cut rents or else his Premier Investments group would close more stores.

So what’s the story behind the shopping centre expansions? Are we on the cusp of a retail boom or is the sector about to go bust? It’s time to find out.

In the Australian retail landscape, there’s nothing small about malls

While indoor suburban shopping centres have become unfashionable among some sections of the community in recent years, market figures show they continue to play a vital role in Australia’s small business and retail landscape.

Last year, a Roy Morgan survey showed 59.2% of Victorians aged 14 or older bought something from a Melbourne shopping centre in an average four-week period in 2014.

Another survey, conducted by Urbis, estimates that Australia’s shopping centres have an annual turnover of over $110 billion, accounting for around 40% of total retail turnover.

Some large centres, such as Chadstone and Westfield Bondi Junction, have turnover of around $1 billion each. The 10 top big centres across Australia account for around $9 billion in turnover alone.

Most remarkably, 346,000 people – representing 7.1% of Victoria’s total population – bought something at Chadstone in an average four-week period last year. To put that figure into perspective, Victoria’s second largest city, Geelong, has a population of only 215,000 people.

A mall’s business is small business

Each of these major shopping centre redevelopments is making a big bet on the future of small businesses.

According to Federation Centres’ 2014 Annual Report, specialty stores account for 37% of its portfolio sales, second only to supermarkets (41%) as a category.

When a shopping centre is extended as part of a refurbishment, it can be easy to fall into the trap of thinking the stores are being built solely to fill immediate or short-term growth in retail demand.

“Redevelopments are informed by retail demand in the relevant market, and some of our members with major development programs have noted strong sales growth and a positive outlook,” Nardi says.

“Redevelopments are also important to ensure that the retail experience remains relevant and appealing to shoppers.”

Nardi says there are a lot of ingredients that go into a successful redevelopment of a shopping centre. This includes the visual appeal of shopping centres, including flooring, furnishings and amenities, which play a role in determining how comfortable customers are in spending time shopping at a particular place, and in turn how much they spend at its retailers.

“Redevelopments provide opportunities to improve access in and out of the centre, the visual appeal and pedestrian circulation, and even non-physical elements such as Wi-Fi, which can help increase customer flows to the centre’s retailers,” he says.

“Shopping centres are also ramping up the food and beverage and entertainment offers to diversify the centre and bring more people through the doors.

In some cases, renovations and extensions to shopping centres can also allow retailers to experiment with new retail formats.

“Redevelopments can pave the way for store innovation, including through the integration with the common mall area,” Nardi says.

“A good example of store innovation is the multi-level facades and stores for some of the new international retailers. Another example is the more external prominent display of fresh food.”

A critic of the move towards larger shopping centres is Matt Bullock, who is the founder of online payments platform eWAY. His company powers 17,000 online merchants and processes one in every four dollars spent online in Australia.

Bullock told SmartCompany big retailers should be refocusing their investment on getting their online experiences up to scratch so they can compete for a slice of the pie.

“The most perplexing thing about building more shopping centres is that they’re just going to house the same brands that are in every other shopping centre and high street in Australia. These malls are clones of each other,” Bullock says.

“What consumers want is variety. We have seen that with the response to the entry of international retailers like H&M, Zara, Sephora and even Topshop when they first arrived. But we’ve seen it in an even bigger way with the growth of online retail in Australia. Online shopping gives people access.

“In the past 12 months alone eWAY has recorded more than 35% growth in the amount of money Australians are spending online. People aren’t earning 35% more in their wages, they are just redistributing where they spend it. Online retail is still only a small percentage of the overall retail sector in Australia. There is such a significant growth opportunity just sitting there waiting to be tapped.”

Bullock says innovative online retailers have worked out how to give consumers that shopping “experience” online, and they’re reaping the benefits.

“Shipping and returns policies continue to evolve so the consumer feels no risk. Some stores offer two hour delivery! Payments are more secure and easy than ever before. It’s a new paradigm,” he says.

Omni-channel retailing, social media and mobile commerce are currently key focuses for many retailers. In the changed landscape, Nardi says shopping centres can continue to play an important role.

“Stores within centres can be the collection point for online purchase. Centre websites also facilitate retail purchases,” he says.

Nardi cites The Collection Bar at Mirvac’s Sydney Broadway shopping centre, where users can ‘try out’ clothes from online retailers and collect purchases, as a great example of how a shopping centre can successfully tap into the online retailing trend.

Aside from online shopping and the broader economic outlook, Nardi says there are other challenges the sector faces.

“Shopping centres are smothered in counter-productive regulation and taxes. So 2015 is going to be a year full of national and state policy debates which will have potentially significant impacts on shopping centres,” he says.

“Taxation is always a big issue for shopping centre owners, whether it be the application of the GST, state based land taxes or local council rates, so we will be paying particular attention to the federal government’s taxation white paper process.

Nardi is concerned about suggestions the rate of the GST could be increased, or its base broadened.

“We get worried when tax theory overlooks or ignores practicality. The proposed GST options need to be informed by a solid understanding of their potential impact on retail, and the corresponding need for tax relief in other areas,” he says

“In a very welcome move, the new Assistant Treasurer, Josh Frydenberg, has signalled his interest in addressing a tax loophole which results in products ordered from overseas not attracting GST if they are under $1000 (this is known as the Low Value Threshold). This loophole creates an un-level playing field which places domestic retailers at a competitive disadvantage. This should have been fixed years ago.”

Industrial relations reform is shaping up as another key battle ground for the Shopping Centre Council of Australia in 2015.

“The Fair Work Commission is reviewing all modern awards, including the Modern General Retail Industry Award. We will be supporting the retailer associations in their attempts to have issues, including the current approach to penalty rates, addressed,” Nardi says.