Why these factors could put the Melbourne and Sydney property markets on the skids: RP Data 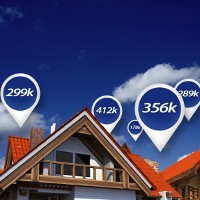 Winter’s property price gains recorded by the RP Data CoreLogic Home Value Index were the largest rises across capital cities for the period since 2007.

No small feat, with prices now on average 10.9% higher than over the past year, and recording 4.2% growth in the three months to August 2014.

However, this growth has largely been led by Sydney and Melbourne, and it’s unsurprising that talks of a slowdown are now prominent. Over the past year Sydney has seen home value results up 16.2%, and Melbourne up 11.7%. Adelaide was the next strongest performer at a much slower 5.9% pace.

Senior research analyst Cameron Kusher notes that when extending the growth analysis to June 2012, Sydney and Melbourne remain strong at 27.2% and 18.5% growth respectively. However, Darwin and Perth also recorded double-digit figures – at 20% and 15% respectively.

“A longer term and retrospective outlook shows that the strength in the housing market has really been all about Sydney and Melbourne – from the market peak in March 2008, to its low point in December 2008, combined capital city home values fell by 6.1%. From that point, values once again began to increase,” Kusher said.

Since December 2008, the picture becomes even more divided. Sydney home values are up 50.1%, Melbourne home values have also soared by 47.5%. Darwin, Canberra and Perth also recorded fairly strong growth at 29%, 21.5% and 15% respectively. However, Hobart values are 1.4% down, and Brisbane and Adelaide only recorded an uptick of 5.3% and 9.9%.

“In light of the recent value growth it is important to realise that it is really a Sydney and Melbourne story with value growth only moderate elsewhere,” Kusher said.

The suggestion, then, is that Sydney and Melbourne will be the first to slow. But to understand why they may do so it’s recommended that you first look at the reasons for growth.

Kusher points to six factors that drove the two markets:

So what might be the factors causing a downturn?

“Given these factors are those driving demand and subsequent growth in home values, should these change, we may see a slowdown in value growth across these cities,” he said.

The obvious one? A rise in interest rates. Kusher notes that this could slow down the exuberance in the Sydney and Melbourne markets.

At present, the RBA has pointed to stability as the likely course of action, with experts predicting rises in 2015.

“With interest rates already at historic low levels and returns on safe investment classes so low, the maintenance of current interest rate settings is likely to continue to encourage investment in housing,” he said.

The other option to dampen house price growth: macro prudential control, alike to that seen in the UK and New Zealand.

Kusher notes that given current median prices in Sydney and Melbourne, it’s fair to say that 15% of mortgagees are borrowing above 4.5 times their annual income.

“Of course, other sectors of the economy need lower interest rates so they have continually flagged a period of rates stability,” he said.

“With home values in Sydney and Melbourne continuing to march higher it seems as if only higher interest rates or the introduction of macro prudential tools can realistically stop the growth in home value.”