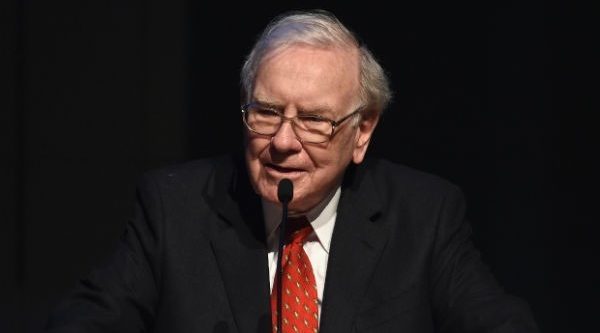 He is the most famous investor in the world and he now has Australian companies in his sights.

The deal is worth $500 million and will give Berkshire Hathaway a 3.7% stake in IAG. Under the deal, Berkshire Hathaway will be granted 20% of IAG’s insurance premiums for the next 10 years and Buffett’s company will pay 20% of the insurer’s claims.

With IAG’s gross written premium in 2014 at $11 billion, the deal will be worth around $2.2 billion a year for Berkshire Hathaway. Buffett has said those funds will be invested in the Australian market.

Buffett told Fairfax now he has dipped his toes into the Australian market he plans to keep swimming by investing more funds in “marketable securities in Australia for some years to come”.

“If you come back in two or three years, you will find we have got four or five Australian equities,” Buffett said.

The investment guru said he will “certainly” be looking at take a stake in at least one of the banks in Australia.

“Banking is something I have looked at, I am comfortable with banks, we have some big positions in US banks,” he said.

“In looking at banks, I would say there is a good chance that five years from now, we will have bought one or more positions in Australian banks.”

Buffett told Fairfax the consumer goods sector is attractive but he plans to steer clear of Australian resources stocks given the unpredictable nature of commodity prices.

Christopher Demasi, portfolio manager at Montgomery Global Investment Management, told SmartCompany this morning Buffett’s investment in IAG is an “insurance deal” that sits firmly within the Oracle of Omaha’s long-term interest in the insurance space.

“Over a long period of time Warren Buffett has been enamoured with the underlying dynamics of the insurance business,” says Demasi, adding that investments in insurance stocks have been a source of Berkshire Hathaway’s competitive advantage for some time.

But he says the deal is about more than just an investment in stock, with Buffett likely attracted to the opportunity to enter into a strategic partnership with IAG.

“In the context of the size of the company, it is a relatively small shareholding or stake,” Demasi says.

“The dollars might sound big but it is just a few percentage points in the company.”

In terms of future investments in Australian companies, Demasi expects Buffett would only personally get involved if he found other opportunities to develop similar business partnerships with other insurers or if the deal was a substantial one.

“His deputies tend to run the small deals,” he says.

While Buffett has made the bulk of his investments throughout his career within the US, he told The Australian he is attracted to Australia’s developed markets, its “ethical” people and the country’s respect for capital and the rule of law.