Will Google Glass change the face of real estate in Australia? 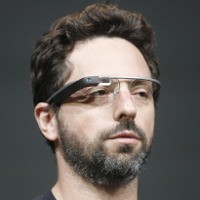 In the last 20 years, technology has been a major driver of change in Australia’s real estate industry. But will Google Glass really make a difference to the way we see property?

With Google Glass still months away from an Australian launch, the property industry is already busy predicting how the wearable computer technology will affect the sale and purchase of real estate.

One Biggins & Scott agent in Ballarat who managed to get a hold of the product thanks to an old US postal address told Real Estate Business that he’s used Google Glass to host a virtual tour of a property that was streamed to potential buyers in real time.

Other agents overseas have already begun to market homes using the technology.

This recorded tour shows the agent taking a shaky walk through a house.

Another records agents viewing a property and discussing nearby amenities.

But none of those agents do much more with Google Glass than what is already possible with your standard camera phone.

Australian real estate agents have been unusually slow to take up video marketing for properties, despite the ease of dissemination on the internet. But according recent sales data from Century 21 Australia, properties the agency promoted with video content sold an average of 27% faster than standard listings.

Century 21 Australia chairman and owner Charles Tarbey said that video listings offer a new method of engagement that was previously only accessible for high end listings.

“Previously, video listings were only a viable marketing option for large, luxury homes but this technology makes video listings accessible for every vendor – whether they are selling or renting a multi-million dollar penthouse, or lifestyle property,” said Tarbey.

“Consumers interact with video listings in a completely different manner to traditional pictorial listings, as they can often be more engaging and are able to be easily shared via social media.”

Century 21 offers video content with a slideshow of listing photos, a voiceover and Century 21 branding, with the listings generally hosted on YouTube, ensuring they are easily shared.

Marshall White also offers drone imagery, a new technology allowing buyers to view properties from perspectives that would previously have been inaccessible. Rising drones can capture properties from overhead, while homes that sit on a beach can now be viewed from over the water.

The premium video offering above is a far cry from the wobbly, relatively low quality footage offered by Google Glass.

Google Glass’s inability to beautify homes means that it’s unlikely to become the primary marketing tool for real estate agents. Filmed footage has been so rarely implemented in Australian real estate for the same reason. For most agents, still photography is still more attractive than the video footage available for the same price.

While some suggest that the Google Glass could be used by agents to quickly look up information to deliver to clients on the spot, this capability already exists on smart phones.

Real estate agents are sales people, who rely on personality and social interaction with the buyer to sell properties. It’s possible that we will one day become acclimated to interacting in-person with Google Glass wearers who shoot off questions to a faraway server while we wait.

But for many agents, the distraction and the possibility of leaving their buyer cold won’t be worth the trouble. And the “I’ll get back to you” strategy is still a tried and true method to stay in contact with potential buyers.

So while much has been made of Google Glass’s potential as a selling tool, it’s much more likely that the device will come into its own for buyers.

Google Glass will allow offshore or long distance buyers to have a better idea of their potential property than the standard marketing materials or video phone footage. Those engaging a relative or buyer’s agent to inspect properties can ask questions or request a second look at certain features in real time, thanks to Google Hangouts.

The savvy buyers that can attend properties personally will do so. Here, Google Glass will again come in handy. A buyer or buyer’s agent can record their tour of the property and make note of any details to research later – or look them up on the spot.

A tour of the neighbourhood wearing Google Glass could offer information on local schools, crime demographics, retailers and other properties for the sale in the area, thanks to geo-tagging.

Contracted inspectors could also begin offering Google Glass recorded footage in addition to their written reports for potential buyers. The more comprehensive offering could show the extent of damage for buyers who find it difficult to navigate written reports.

The benefits of Google Glass will be to buyers, not agents. With rumours that the Google Glass will cost roughly $1,500 in Australia, it’s unlikely that real estate agents will jump on board until prices calm down and the case for Google Glass as an advertising tool strengthens.

But for buyers who have the change to spare, Google Glass could become another valuable way to assess their potential new home.