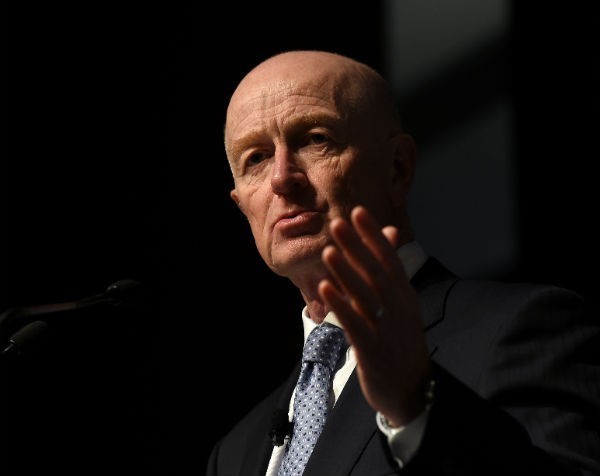 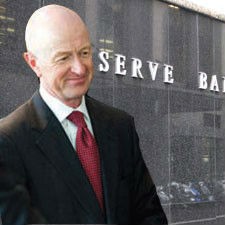 Further interest rate cuts are on the table, according to the governor of the Reserve Bank of Australia.

Here are five lessons from the governor’s speech.

1. Further interest rate cuts are on the table

Stevens flagged further cuts to interest rates in his speech.

“A period of somewhat disappointing, even if hardly disastrous, economic growth outcomes, and inflation that has been well contained, has seen interest rates decline to very low levels,” he said.

“The question of whether they might be reduced further remains, as I have said before, on the table. But in answering that question, it is not quite good enough simply to say that evidence of continuing softness should necessarily result in further cuts in rates, without considering the longer-term risks involved.”

2. We should be more concerned about China than Greece

Stevens said while local businesses should be keeping an eye on overseas events they should not be too concerned about the potential of a so-called ‘Grexit’.

“There has been progress towards a solution in recent days, though a huge amount of work remains ahead to put the Greek economy, and the whole European project, onto a stable footing,” he said

“The likely direct economic spill-overs to the rest of Europe also seem fairly contained, since Greece is quite a small economy.”

Instead, Stevens pointed out the recent turmoil in the Chinese sharemarket is of far greater significance to the Australian economy.

“A rapid run-up in share prices – which more than doubled in the space of a year, far beyond any plausible prospective improvement in company earnings – turned to a slump in mid-June to early July,” he said.

“Share prices remain well above their level of a year ago, but the speculative nature of the run-up, and the part played by an increase in leverage, has understandably made everyone a little nervous. The Chinese authorities have acted forcefully with some very wide-ranging interventions to stabilise the situation.”

Despite all the talk of doom-and-gloom in the economy, Stevens told attendees at the lunch market conditions are better than expected, especially when one looks at the growth in services.

“It is worth noting that business conditions as measured in surveys have tended to improve overall, outside the mining sector, over the past year or so,” he said.

“At the same time, the state of the labour market, while still somewhat subdued, appears to be better than we had expected three or six months ago. Employment growth has picked up noticeably, and hours worked have also increased. The rate of unemployment is unchanged from a year ago, whereas we had been thinking it might be a little higher than this by now, since growth in real GDP has been, according to the available statistics, below trend.”

4. Politicians need to adopt a long-term strategy to future-proof the economy

In order to maintain stability in the economy, Stevens said policymakers need to stay away from short-term solutions.

“Our citizens certainly care about the results,” he said.

“They don’t frame the question as being about per capita real GDP or productivity per hour and they care about more than just ‘narrow’ outcomes for economic statistics. Many would be concerned to reduce our environmental footprint. They would not wish to sacrifice civilising aspects of our society and culture, including many that result from government intervention.”

“But nor will they accept a future in which they are marginalised in the global village because of unwillingness to adapt or to invest, or because of a failure to foster a growth economy.”

Stevens said there is no reason why the case for “reform” cannot be a positive one for economic growth, while at the same time investing in education and infrastructure.

5. We need to create a culture of risk-taking

One of the ways Australia will continue to be prosperous, according to Stevens, is if we encourage an entrepreneurial mind-set.

The governor described this as the need for “risk taking by another name”.

“At the risk of oversimplifying, one might say that Australians hold our own in the entrepreneurship stakes, but since we don’t generally score at the top in such surveys, there must be scope to improve. That too can be part of the growth narrative – the narrative of how we build on the success enjoyed to date and secure an even more prosperous future.”