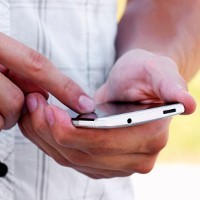 Two further businesses in the Yatango group of companies have entered voluntary administration, less than a month after its mobile division also collapsed.

As SmartCompany reported earlier this month, the Yatango Mobile (Australia) entered voluntary administration on September 29, with the first meeting of the company’s creditors due to take place on October 25.

According to records from the Australian Securities and Investments Commission, Yatango Mobile and Yatango Holdings are now also in voluntary administration.

The first meeting of creditors is scheduled to take place in Sydney on October 30.

Mark Hutchins and Jason Tang of Cor Cordis have been appointed to manage the administration of Yatango Mobile and Yatango Holdings, which commenced on October 20.

The administration of Yatango Mobile (Australia) is being managed by Hugh Armenis and Katherine Barnet of Bentleys Corporate Recovery.

A spokesperson for Bentleys previously told SmartCompany its appointment only related to Yatango’s “mobile platform”.

“The business is still trading, it’s business as usual, there is no disruption to services,” the spokesperson said in early October.

Yatango was founded in 2013 as a consumer-focused data usage startup. The company quickly became known for its mobile platform, which allows users to build their own mobile plans to save money, however, it also operates in the travel, banking and shopping spaces.

SmartCompany contacted Yatango and Cor Cordis but did not receive a response prior to publication.