Getting into the stride: Why a different approach is working for i Physio founder Scott Wescombe 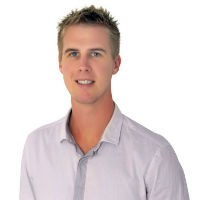 When Scott Wescombe graduated from his physiotherapy degree in 2010, his ambition was to bring about what he believed was a much-needed change to the traditional physio industry.

“It was out-dated,” Wescombe tells SmartCompany.

“You would get rid of someone’s pain, but if they didn’t change their lifestyle, they would end up suffering again.”

“Going through the uni process, I noticed the service that was getting delivered was very symptoms-focused and I could see opportunities where I could deliver something better – a practice I’d like to attend myself.”

But Wescombe wasn’t in the ideal position to start his own practice. Having enjoyed some good luck trading shares on the stock market while still a student, he was hit hard by the GFC and lost $40,000.

“After losing that money [on the stock market], I started to realise what was important,” he says.

“Money wasn’t as important as your health. I started to appreciate different things, so I went into the money side of things with a very positive mindset,” he says.

Taking the leap and plunging further into debt from his family and the bank, Wescombe launched his first practice in a tiny room in Perth’s Loftus Recreation Centre.

“I think for me I wasn’t scared though because I knew I was in control, I had certainty knowing that I’d turn up every day and make it work,” he says.

Five years later, Wescombe‘s small one-room practice has expanded into four locations across Perth, including one fitness studio, and a practice in Tasmania, collectively turning over more than $3 million.

Wescombe chats to SmartCompany about why a traditional approach to physio does not sit well with him and his plans to further expand his group.

Wescombe is up early at 6.30am for a morning walk. It’s one of several efforts he’ll make to exercise throughout the day.

“I try to live a healthy lifestyle as much as I can,” he says.

After eating a nutritional breakfast, he heads to his conveniently located office.

“I actually work from home, so I go straight from the kitchen to the office and get cracking straight away,” he says.

Although he’s still a registered physio and will sometimes meet with the odd client, these days Wescombe says he mainly focuses on the business side of i Physio.

“I’ve hired good people to do physio stuff,” he says.

His daily work life mainly focuses on marketing and providing support for his team, many of whom are uni graduates who share Wescombe’s passion for changing the industry.

“At uni, you spend four years focused on pain pretty much and so we try to bridge that gap,” he says, believing it is equally important to focus on why a patient is experiencing pain, rather than just addressing symptoms.

“That didn’t sit well with me, it still doesn’t sit well. It doesn’t make sense that if someone comes in with pain, that you let them go on leading the same lifestyle.”

Wescombe says the healthy life outcomes approach has been key to growing i Physio, despite the fact there was plenty of competition in the same area.

“Business-wise, if you change someone’s life, they will be more attracted to you in the future and will recommend you,” Wescombe says.

For Wescombe, balancing his work-life commitments is about learning to seesaw between the two as needed.

“I think at different times you always have those moments where one overtakes the other,” he says.

“Every day, Monday through Sunday is the same when you run a business, it’s just a part of life.”

Wescombe says he is looking to open more i Physio practices.

“I will be looking to expand our current group of physio practices, turning up the intensity of delivering a modern physio service that our communities deserve to receive,” he says.

And he is not slowing down there, saying he would consider franchising i Physio to “take things up a notch”.

The self-confessed “serial entrepreneur” also reveals he has more ideas for various businesses in the health field, including expanding his business-focused health blog, Health Business Boom.

“I do really enjoy the entrepreneurial side… I know there’s plenty more to come, that’s for sure,” he says.