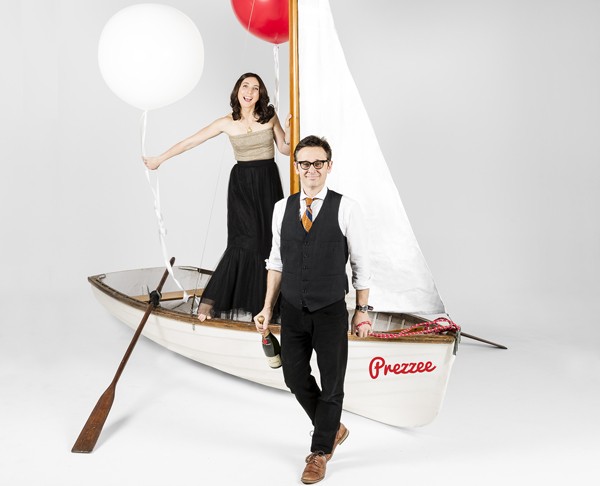 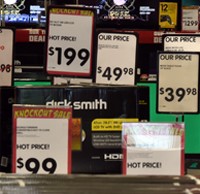 A Sydney-based app specialising in electronic gift cards will allow customers to exchange all Dick Smith vouchers sold on its platform prior to the electronics retailer falling into voluntary administration.

While not obligated to exchange Dick Smith gift cards, the founders of the month-old app, Claire Morris and Matt Hoggett, have decided to do so as a gesture of goodwill.

The pair launched the Prezzee app one month ago and have already snapped up 2000 users.

The platform allows people to purchase electronic gift cards from retailers such as Myer, JB Hi-Fi and Kathmandu and store them on their smartphone.

Customers, especially those who received Dick Smith gift cards for Christmas, are furious at the decision, with some labelling the move “offensive” and “disgusting” on social media.

However, Prezzee has decided to offer customers who have bought a Dick Smith card before the appointment of voluntary administrators the ability to exchange their gift card for one at a different retailer.

“It’s the least we can do,” co-founder Claire Morris told SmartCompany.

“We’re a startup and we haven’t got a huge volume yet, so we’re at liberty to do this. It’s a gesture of goodwill for us to our users who’ve signed up. As it’s around Christmas, it [the receivership] is very unfortunate.”

Morris says she and her co-founder discussed allowing customers to exchange their Dick Smith vouchers on Tuesday and their board all agreed it was the right thing to do.

The Australian competition watchdog says it is working with Dick Smith’s receiver to “monitor the approach to consumer issues”.

A customer may be eligible to become an unsecured creditor if a company they have an outstanding gift card for falls into external administration, according to the Australian Competition and Consumer Commission website.