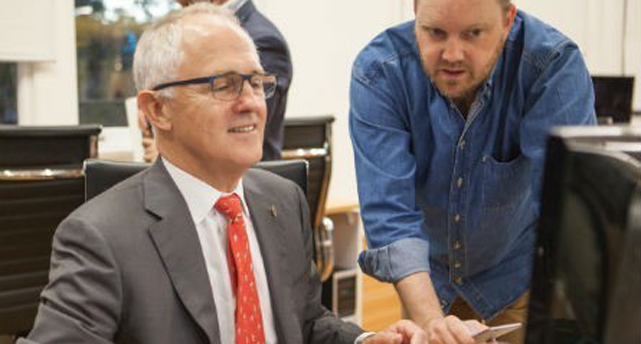 The federal opposition has claimed the Turnbull government is looking at scrapping an increase in compulsory superannuation contributions altogether almost 18 months after freezing employer contributions at 9.5%.

The former Labor government wanted compulsory super contributions paid by employers to increase gradually over the next few years, but this was put on hold in 2014 by the Abbott government through a deal with the Palmer United Party.

As a result, the compulsory superannuation guarantee is not due to increase to 12% until at least 2025.

The move accounted for an estimated $2.6 billion in savings to the federal budget over a period of three years, according to Sky News.

However, the Turnbull government is now believed to be weighing up whether or not to scrap the increase altogether in a bid to assist the budget bottom line, according to News Corp.

The Prime Minister said this morning there is currently “no proposal to cut or restrain the scheduled rise” but Sky News reports Shadow Treasurer Chris Bowen has claimed not proceeding with the scheduled increase would be a “dramatic blow” to retirement incomes.

Freezing the scheduled increase could potentially save the federal government billions of dollars and therefore give Turnbull more flexibility when it comes to finalising the tax reforms he will take to the election, due to be held towards the end of this year.

“We would welcome this for a few reasons,” Strong says.

“First, it means less red tape having to change the whole thing and having to get our heads around all of that.

“The other thing is the increased cost. Superannuation is wages, so it’s a cost born to business which means a cost passed on to the consumer. The money doesn’t just appear out of somewhere.”

Strong says he would be glad to see the rise in employer contributions gone, especially in exchange for broader reform to the superannuation sector.

He says it would be more efficient if business owners had to do less of the legwork when it comes to the paperwork around superannuation.

“If the super funds want to increase the returns to their members, they’ve got to change the collection process,” Strong says.

“It’s really inefficient and very expensive. They have to contact 800,000 employers and are forever changing records. It is a tax reform that would bring extra revenue to the industry super funds and adds no cost to the government. Any cost would be minimal.”

Research published back in 2014 found that while close to 60% of Australian small business owners supported an increase in compulsory superannuation guarantees, they would be forced to dig into their company savings in order to pay for any increase.