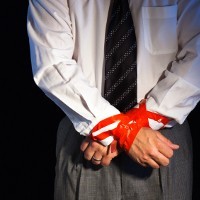 Insolvency practitioners will be forced to jump through more hoops to gain registration if a draft bill by the federal government comes into law.

The government released the exposure draft of its Insolvency Law Reform Bill 2014 on Friday, inviting interested parties to comment on its proposals by December 19.

If adopted, the government says the bill will alter the Bankruptcy Act 1966 and the Corporations Act 2001 to remove unnecessary costs from the industry to the tune of $55.4 million in annual compliance savings; promote greater price competition between insolvency practitioners; and “boost confidence in the professionalism and competence of insolvency practitioners”.

SMEs are likely to receive the most benefit from the changes, with small and medium-sized firms continuing to dominate when it comes to corporate insolvencies in Australia.

Among the key changes proposed by the bill is the establishment of a Register of Trustees by the Inspector-General, as well as the introduction of provisions that will require the Inspector-General’s registration committee to be satisfied that an applicant has not had their liquidation registration cancelled within the past 10 years, has not been disqualified from managing a corporation and is “a fit and proper person”.

These requirements do not exist in current legislation.

Jarrod Sierocki, director of Insolvency Guardian, welcomed the exposure draft, telling SmartCompany this morning the changes will deliver a much-needed “shake-up” in the industry.

“We should be congratulating the federal government in cutting more red tape,” Sierocki says, adding that encouraging greater price competition among liquidators can only be a good thing for business owners and consumers.

“It will legitimise firms that are doing their best to be cost-effective,” he says. “And it will remove those who don’t.”

Sierocki says the tighter restrictions on who can register to be a trustee or liquidator will help to weed out those in the industry who do not have the correct insurance or qualifications.

“We need more regulation surrounding the people who can actually perform theses duties,” he says.

While he says some insolvency firms will no doubt struggle in a more competitive industry, he believes the changes could open up the market to smaller firms like his own.

“The whole game has changed,” Sierocki says of the way in which businesses now appoint administrators or liquidators.

“It’s far more internet-driven, people are savvier and they are checking prices.”

But Sierocki says this change is driven by the consumers, and not those who work in the industry.

“It’s been a closed shop for so long, it needs a shake-up,” he says.

While Sierocki welcomes the scope of the reforms outlined by the government, he says even more can be done.

“The reform only addresses making it tougher for trustees and liquidators to register, it doesn’t address the costs actually being charged,” says Sierocki.

“That’s a big part of it … we need to address the costs that some liquidators are charging.”