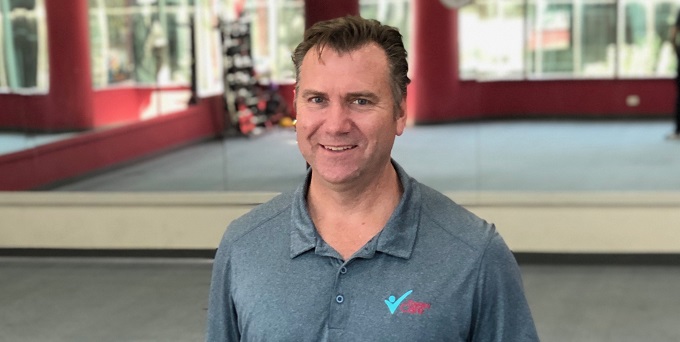 Governments across Australia give away an estimated $80 billion a year in government grants or about 20% of state and federal government expenditure.

But while announcing new funding for NDIS providers, creative industries and exporters is great publicity for politicians, the reality of actually understanding and applying for grants is far less romantic.

Business owners describe complex and onerous application processes, unrealistic waiting periods marred by uncertainty and a prevailing sense of confusion about how to access government funding.

An entire for-profit industry for helping firms make grant applications has cropped up to fill the gaps, charging entrepreneurs for the ability to access money governments say they want to hand out.

Andrew Zorzit, founder of registered NDIS provider TherapyCare, has managed to grow his business from five to 60 staff over the last two-and-a-half years, providing physiotherapy to patients in Western Sydney.

But when Zorzit applied for a $200,000 information, linkages and capacity building (ILC) grant last year, committing 40 hours of labour to the application, it took two months for him to find out his business was unsuccessful.

“It meant our services rolled out more slowly because we’re a small business,” Zorzit tells SmartCompany.

A further 43% were unaware of the range of government funding available to them, despite respondents ranking grants as the third most beneficial policy the government could pursue.

Doohan tells SmartCompany the funding is necessary for independent designers out west, enabling them to get in front of retail buyers on the east coast, but the process is far from straight forward.

Doohan says it takes about 12-hours to submit a grant application, including working through “vague” questions which can be difficult to apply to her specific business circumstances.

Doohan says the lengthy waiting periods mean she must pay travel costs in advance and then repay herself if her application is approved — but that doesn’t always happen.

“I had one declined where I had made a mistake in the application, but it took them so long to get back to me it was too late and we missed out.

“If someone had just said, ‘you put in the wrong digit’, I would have just fixed it.”

“The application span is quite a daunting process and then the amount of waiting one needs to go through, especially in the art industry,” Bajaj tells SmartCompany. Having applied for a federal grant for support in taking the production overseas, she says the process has been difficult to navigate and the uncertainty created by the lengthy approval process is stymying investment.

“Government can’t fund everybody, but I just feel, if it’s an artistry grant, the procedure should be more friendly,” she says.

Bajaj opted to hire a grant writer to help her through the process, a step she says was necessary to maximise her chances of being approved.

Other business owners SmartCompany has spoken to say they also feel like paying a grant writer is necessary, but feel as though the situation is strange, given the government has committed to supporting particular industries.

Kate Whitehead, managing director of Avant Group, a government grant consultancy, concedes it isn’t easy for businesses to navigate the grant landscape, whether it be federal or local government.

“There isn’t one centralised government body outlining all of the grants out there, so it’s up to a business to stay abreast of all the funding that’s available and when grants open and close each year,” Whitehead tells SmartCompany.

Entitlement grants guarantee funding for those who are eligible but come with compliance and audit provisions, while competitive grants have limited funding pools and require firms to compete through applications.

“It’s a huge drain on business to put together an application that is then unsuccessful,” Whitehead says.

There are, however, expression of interest phases for many competitive grants which allow businesses to submit an initial query about the project they want funding for before being invited to apply.

In contrast, loan programs need to be repaid at a certain interest rate, specified by the relevant government body.

The lack of a centralised platform to streamline the grant discovery and application process for businesses has been a sticking point for many firms who say it’s difficult to even know what’s available.

Council of Small Businesses of Australia chief executive Peter Strong says the process needs to be reformed, suggesting the small business ombudsman should be tasked and resourced to manage an online resource.

“They would then streamline processes and promote strategies to the right type of small businesses and their associations,” he tells SmartCompany.

The Westpac research found over a third (35%) of respondents know about grants, but are unsure whether their business is eligible for any.

For their part, Zorzit, Doohan and Bajaj would be happy if governments made the approval process easier, with less onerous applications and a more realistic timeline that cut down on uncertainty.

NOW READ: Six government grants for businesses that you might not know about