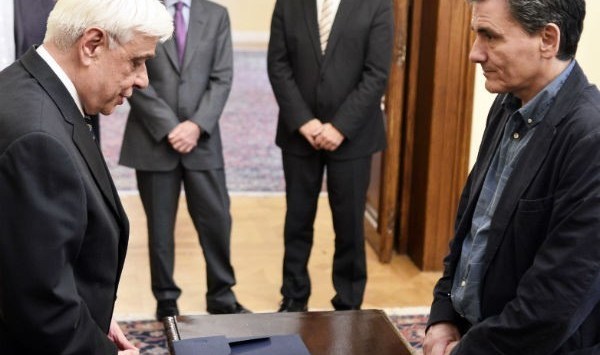 Greece’s debt crisis continues today with a new deadline for a potential so called “Grexit” set for July 20 following a tumultuous few days for the European country.

It is the latest development in a series of concerning events since Greece voted ‘no’ in a bailout referendum on Sunday, including fallouts in share markets across the world and the biggest drop in the Aussie dollar in six years.

All eyes are now on Europe, with the resignation of Greece’s outspoken finance minister, Yanis Varoufakis, yesterday coming less than a day after the country voted no to further austerity measures.

The former minister announced his resignation through a blog post, which he shared on Twitter yesterday, before changing his profile to include reference to being “thrust onto the public scene by Europe’s inane handling of an inevitable crisis”.

Euclid Tsakalotos has been named finance minister to replace Varoufakis, with Greece’s hopes now pinned on the hope Tsakalotos will help sway other European leaders.

Acting Treasurer and Small Business Minister Bruce Billson yesterday provided an update on the situation in Greece and its implications for Australia to SmartCompany and other media outlets at a press conference in Melbourne.

“The Greek government is contemplating an alternative proposal and you may have seen very recent reports that the current finance minister has resigned from that post,” he said.

He told the conference Australia only had “modest” exposure to Greece’s problems and was fairly well placed to withstand some of the worst economic fallout from the crisis.

“We are carefully monitoring the situation and we are fortunate in our own circumstances; we have a very strong, well-capitalised banking sector.”

He stressed, however, Australia was looking “very carefully” at the unfolding situation, including Varoufakis’ resignation, and discussions expected to take place between European finance ministers today.

“Australia’s circumstances are strong. Our exposure in financial and economic terms is modest. Our banking system is robust and well capitalised. We have strengths in our economy and we are also on a credible pathway to budget surplus.”