Here come the disruptors: SME lending gets a shake-up with PayPal and Amazon eyeing the Australian market 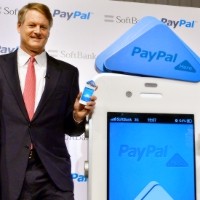 Small business used to be dependent solely on the banks for finance but PayPal’s recent move into the Australian market is setting a bomb under SME lending.

PayPal’s small-business arm, PayPal Working Capital, announced a month ago it will expand to Australia as part of PayPal’s global move outside the US.

This expansion of its services forms part of PayPal’s transformation from a business primarily reliant on eBay buyers and sellers to a financial institution more closely resembling a bank.

There are rumours Amazon is not far behind with the internet giant branching out into small business lending in the United States. However, SmartCompany was unable to get confirmation from Amazon on its plans.

PayPal and Amazon are mining the significant financial data they have on the many individual businesses that use their services and offering them loans based on that data.

At the moment these loan amounts are relatively small, but as they continue to analyse the data it is likely they will expand into more significant small business loans that are the traditional bread and butter of the banks.

The report suggests an “SME finance database” could be established to “provide business-level data to lenders and potential new market entrants”.

PayPal has obviously spotted a business opportunity here and CPA Australia points to the continuing emergence of new, online and global loan options.

“The model for these businesses is that they evaluate a loan application based on actual businesses performance rather than the borrower’s personal credit history.”

The increased competition is likely to be good news for small business and bad news for the dominant banks, according to independent banking commentator Neil Slonim, founder of TheBankDoctor.

“The threat is going to come from the outside and it is all technology-driven,” he says.

He has called on the government to fast track approvals and reduce red tape so that new providers can establish themselves quickly.

Slonim says the appeal of lenders like PayPal and Amazon is they offer SMEs decisions within 24 to 48 hours and usually don’t ask for real estate security.

“What SMEs are looking for is really certainty and speed in the decision making and that is what a lot of them are not getting from their banks,” he says.

“Whilst these new style SME lenders can be very expensive for many SMEs who have previously been reliant on a big four trading bank, this offers a real alternative.”

Slonim says the surge in alternative lenders is not just confined to major players like Amazon and PayPal.

“There are a lot of niche specialist lenders in the market, a good example is SilverChef which specialises in lending to the catering sector,” he says.

“If you are starting a new café, restaurant or coffee shop it is a lot quicker to go to a Silverchef which will provide finance for your coffee machines and bain maries.”

The problem with the big banks, according to Slonim, is that they are failing to provide certainty about their ability to fund the small businesses and this causes time delays, which often means that opportunities are lost.

“So SMEs are forced to look at more expensive options because they have greater certainty that the funding will be made available and made available quickly,” he says.

“They make it very easy.  When the banks aren’t making it easy these sort of options become quite attractive.”

SmartCompany contacted PayPal and Amazon for comment but did not receive a response prior to publication.