Here to stay: How serial entrepreneur Christian Mischler is taking on the big guys with booking app HotelQuickly 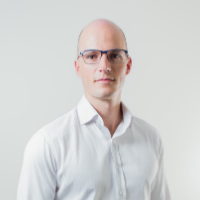 Christian Mischler is the definition of a serial entrepreneur.

He started his first business—an IT company in Switzerland that’s still running to this day—at just 15 years old while he was still in high school.

By university, he’d launched publishing house Mindprep, which helped students prepare for their exams and grew to be the largest study aid company in Switzerland.

After a stint in the Swiss Army as a captain, he joined German startup giant Rocket Internet and helped co-found international food delivery platform FoodPanda in 2012.

But he came up with his golden business idea the way many entrepreneurs do: he was experiencing a problem and had to think of a way to solve it.

“I had basically launched FoodPanda in Singapore and was travelling back and forth from Europe to see my team,” Mischler told SmartCompany.

Going from hotel to hotel in Asia, Mischler was looking for an easy to use app that allowed him to book hotels swiftly at the last minute, upgrade his stay or get a discounted booking all from his mobile phone – but it didn’t exist.

Taking a look around at the market he noticed there were just two main global players dominating the hotel booking space: Priceline Group (which owns Booking.com and agoda.com) and Expedia (owner of wotif.com.au), but neither offered the service he could see quenching Asia’s insatiable thirst for mobile apps.

“In Asia, the trend of people using mobile applications is massive, people spend so much time on their smartphones there,” he says.

So like any good entrepreneur, he quit his job at one of the world’s largest internet companies and launched the first iteration of HotelQuickly in Thailand in March 2013.

Two years later and HotelQuickly has since been introduced to the Australian market, gaining more than 85,000 local users since its hard launch last December. The business’ Aussie operations turn over more than $10 million annually and are on track to secure 500,000 users by the end of the year.

“The Australian market is a very traditional hospitality market. It’s expensive and not very modern, so there is a great opportunity to disrupt it. The dominant players are not quick at reacting to the market. That’s how we’ve managed to gain a foothold here – we’re something new and fresh,” says Mischler.

Mischler chats to SmartCompany from his new base in Sydney about why he thinks it’s better to start out in business young and why being a serial entrepreneur means always having ideas.

Mischler admits he’s not an early riser – rather, he’s a very late worker.

“I’m most active at night,” he laughs.

The Swiss-native, who now splits his time between his home base in Sydney and Asia, gets into his Sydney office at around 8am or 9am when he’s not travelling.

After a coffee, Mischler is ready to catch up on what’s happened overnight at HotelQuickly’s multiple international offices. Then he’ll work straight through lunch until 9pm to log a 12-hour office day.

“I like to get out by 9pm because the gym closes at 10pm. Then I’m usually home by 10.15pm to work for another couple of hours until midnight.”

As both chief operating officer and chief marketing officer of HotelQuickly, Mischler describes his typical day as involving lots of communicating.

In the last few months, HotelQuickly has beefed up its staff and now boasts a team of 75 in nine offices across the globe. Finding the right people to grow a business is an important lesson Mischler says he’s learned throughout his entrepreneurial career.

“The thing is, if you’re a small startup and you have a team of five people, if you add a sixth person, it has a significant impact percentage wise,” he says.

“If you’re a first time entrepreneur, you need to learn and adapt very quickly, you have to understand employees are your best resource. After that, you need to find people with a lot more experience than you. Only if you find better people than yourself can a company grow. It will never grow if you’re too controlling or micro-managing.”

Mischler says he largely disregards which university a job candidate went to, in favour of finding someone who aligns with the company’s vision and values.

“We don’t really care about formal education at all. We’d rather know what has the candidate achieved? How do they solve problems? What do they value?” he says.

While Mischler admits his work-life balance can lean in favour of work a little too often, he believes that’s natural for an entrepreneur.

“If you do what you love, it doesn’t feel like you’re working,” he says.

As someone who loves to travel, it helps that Mischler is in the tourism business and can set himself up to work anywhere around the world.

“I love to explore new cultures and foods, so the goal for me is to get to five cultures a year that I’ve never been to.”

Having been an entrepreneur from when he was just a teenager, Mischler says the best advice he can give someone is to start young and do at least one thing towards your goal every day.

“What I’m really glad about is that I started so early,” he says.

“I think especially if an opportunity comes up when you’re still in high school, or university, or you have a job with a bit of spare time, it’s the best time to try it because if you try and fail, nothing’s lost.”

“If you work for years and get used to an income, it’s much harder to reduce that and get into a low-cost, bootstrap mindset. Start as early as possible, don’t procrastinate. Really, there’s no time to waste.”

Mischler sees HotelQuickly as a real competitor to the big players, saying it’s his goal to teach travellers they can save a lot of money by booking through his app.

“We have much better prices than Wotif or Expedia,” he says.

His focus for the next few years is to hire more people and expand HotelQuickly into more countries, revealing an IPO may also be on the cards.

“I hope we will continue to grow to cover half the world or the whole world,” he says.

For the “foreseeable future” Mischler says he will stay to watch his startup grow into that global company, but believes that being a born entrepreneur means he will always have other business ideas floating around.

“I have so many ideas all the time. As an entrepreneur, it is important to be focused and spend a lot of time on one thing and really make it work,” he says.

“But then I have a lot of ideas about what to do next.”