How did a US tech company with no revenue or assets come to be valued at over $US4 billion? 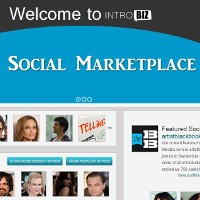 A US tech company has hit the headlines this week following a more than 24,000% jump in the value of its shares in just 16 trading days.

Business Insider reports the value of shares in CYNK Technology, which operates a social media platform called IntroBiz.com, has rapidly increased since June 17, going from $US0.10 at June 17 to $US14.71 on Wednesday, giving the company a market capitalisation of more than $US4 billion ($A4.25 billion).

But before everyone gets too excited about the arrival of a new tech giant, there’s just one problem: CYNK Technology reportedly has no revenue, assets or employees.

It is also unclear where the company is based, with an address listed for the company in Belize and information indicating the company was incorporated in Nevada, US, in 2008.

SmartCompany attempted to contact CYNK Technology but did not receive a response prior to publication.

According to ValueWalk, CYNK Technology has been an over-the-counter penny stock with essentially no trade value for most of 2013, and the sudden trading activity appears to have begun spontaneously.

It is also unclear if the company’s social media platform, IntroBiz.com, is widely used.

Described as “The Social Marketplace”, the site appears to ask users to pay to be introduced to celebrities or business professionals, for as little as $50 for a connection with famous actors Nicole Kidman, Johnny Depp and Leonardo DiCaprio.

Dale Gillham, chief analyst at Wealth Within, told SmartCompany these kinds of stock market bubbles “have been happening since the dawn of time”.

“These bubbles occur on markets all over the world, they occur in individual stocks like CYNK and other tradeable instruments,” says Gillham.

But why do bubbles form around stocks such as CYNK? Gillham says the answer is simple.

“They are the result of rampant speculation or, in other words, greed.”

“Basically how something like this occurs is that a person or collective of people who are high risk takers—read, gamblers—take a punt on a company that might deliver something valuable in the future,” explains Gillham.

“In Australia, this sort of bubble was often seen in mining where investors punted on the mine finding gold, whereas in the US more recently we have seen it on companies that have made no money, have no real assets and have been bought by Google, Apple or Facebook,” he says.

“CYNK may be one of those stocks that is rising on speculation of a possible buyout from one of these companies.”

But Gillham says the investors buying stocks like CYNK could be playing with fire.

“The challenge is that these companies can rise fast and they can fall just as fast, and the vast majority of people gambling on them will lose as the majority will enter into it during the last rise in share price,” says Gillham.

“What occurs is that the uneducated investors watch the markets for stocks to rise in both volume and price, and then jump on board hoping in what I call the ‘buy and pray’ method of investing. Hence the more the share price rises and the more volume that comes into the share, the more gamblers buy into it until the gamblers exhaust themselves. And then the bust starts.”