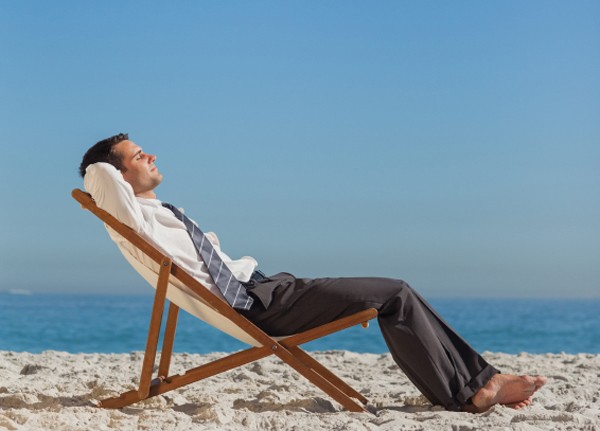 A 26-year-old man known only as Joshua from Wollongong, New South Wales, has become the sole owner of a Micronesian island resort business. And it only cost him US$49 (A$65).

Doug and Sally Beitz established Kosrae Nautilus Resort in 1994 after becoming sick of the “corporate rat-race” in Australia. After joining the 6,600 residents of Kosrae, the two established the resort which now boasts 16 rooms, a restaurant, a swimming pool, and a modern solar panelling system.

Flash forward to 2016, and the business owners say they feel detached from their family in Australia and their desire to become “professional grandparents” prompted them to raffle off their business.

“We’ve had our time in the sun and enjoyed a career most people would never even dare dream about,” Beitz said on the raffles’ website.

“We feel like a new chapter in our lives is beginning, and we’re ready to pass the baton to someone else.”

They decided to raffle off the entire business, and started selling tickets for US$49 US (A$65) from their website. After receiving over 75,000 entrants from over 150 different countries, the draw was held yesterday, and Joshua is the lucky winner.

Doug Beitz told SmartCompany this morning that Joshua is “still coming to grips with the whole thing”.

“He bought three tickets into the raffle, and he’s super happy and very much looking forward to heading to Kosrae to see how it’s all run.”

Beitz says the whole experience has been “amazing”, but he wasn’t sure how it would turn out when he and his wife decided to do the raffle.

“It was a real unknown for us but it worked out wonderfully. The whole family has had to work together and it’s brought us so much closer,” he says.

Beitz says he enjoyed his 21 years running the Kosrae Nautilus, but acknowledges the difficulties he encountered when starting the business.

“Starting the business in my 20s I was too young and naive to realise all the difficulties we’d face. Looking back, would I do it again? But I’m super happy I did,” he says.

Kosrae may have less than 7,000 residents, but the island includes an international airport, and is a popular destination for hikers and scuba divers. English is commonly spoken on the island, but the official language is Kosraean.

Joshua is now the sole owner of Kosrae Nautilus, which is entirely debt free and even comes with US$10,000 in the business bank account. According to the raffle website, hand over of the business from the current management should take approximately one month.

However, if Joshua is not prepared to run the resort himself, the website suggests he employ someone to manage it on his behalf. The 16 current staff have worked there for many years, and the website claims “with their knowledge and skill, you will need very little supervision”.

As Beitz says, Joshua’s “life is about to change in a very special way!”