How to sell like a rock star: Lessons from three top salespeople 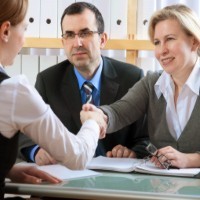 Selling is the key to business success but it’s something many entrepreneurs and SMEs are uncomfortable with. What’s the secret sauce?

We speak to three leading salespeople about how sales is changing, the most important thing to look for in a top salesperson and the keys to retaining clients and winning new ones.

Read more: Sales trends for 2015: Are you ready for the share economy?

Craig Woolf has been selling software and information systems since 1994, when he joined business software company SAS as an account manager. It turned out he was very good at it. The following year he was named SAS’s salesman of the year.

“I enjoy sales,” says Woolf, a senior product specialist with Pitney Bowes Software in Melbourne. “I like getting close to clients, understanding their needs, identifying their problems and providing solutions to those problems. I enjoy finding ways for information technology to add value to a business.”

Success as a salesperson can mean progression to sales management roles and Woolf has had several in his career, including five years as southern region manager for technology contractor Tenix where he managed a team of 10.

Woolf was involved in preparing complex bids – including the successful tender for a $15 million security system – and it was during this time that he decided to do an MBA.

Graduating with an MBA from Swinburne University of Technology in 2008 has proven a boon.

“The first thing I noticed was the change in how people perceive you. I’ve mainly been dealing with large corporations and having an MBA gives them the confidence that I understand the challenges they face in their business or industry,” Woolf says.

“The MBA taught me how managers think. I can speak their language and I have a better picture of the issues they face.

“My approach to selling has always been based on relationships and solving problems. The MBA gave me much greater insight into the problems companies face in a rapidly changing business landscape.”

When salesmen are arming themselves with MBAs, it’s fair to assume that selling has become a little more complex than “people buy from people they like”.

After more than 20 years in sales, Woolf agrees that there have been some notable shifts.

“Clients expect a much deeper relationship; more consultation, more communication. They expect that you will have the interest and the ability to really delve into whatever it is they’re struggling with, and come up with a solution. They want you to solve their problems, but they also want someone they can trust.”

For anyone starting in sales, a competitive spirit and the drive to succeed are givens. But Woolf offers these additional tips for success:

David Rowe has been selling in the healthcare capital equipment market since 1998. His entrée into healthcare sales was through his professional background as a radiographer in Brisbane.

He joined GE Healthcare as a pre-sales specialist, progressed to an account manager role and eventually became Asia-Pacific product marketing manager. Rowe is also a former business development manager with Siemens Healthcare in Melbourne, where he now lives.

Rowe, who is presently chief operating officer of radiopharmaceuticals company Cyclotek, says he has always found sales “stimulating”. Although his current role is operational, Rowe says his sales background is proving useful.

“I understand and appreciate the rigours of what you have to go through in sales, of what it takes from pre-sale to post-sale to make it work,” he says.

Selling today, he adds, is much tougher.

Like Craig Woolf, Rowe armed himself with an MBA to better tackle the increasing complexity of selling, completing his in 2010 at the Australian Institute of Business Administration. However, if he had his time over, Rowe says he wouldn’t have done the MBA.

“It hasn’t been as useful as I thought it might be. It provided me with some formal tool sets and theoretical frameworks for things I had learned anecdotally over the years, and to that extent it has been useful,” he says.

That’s not to say that Rowe regrets doing a postgraduate degree. His regret is that he didn’t do a law degree to bolster his sales credentials.

“The sales role, particularly in the capital equipment market, involves very complex contracts. A law degree would have provided me with the skills to better navigate a contract and be on top of compliance issues,” he says.

“Compliance is increasingly an issue. I worked for a company that was very strict on compliance and very adamant about presenting clients with legally approved terms and conditions of sale. In some companies, where the size of contracts would be in the order of seven and eight figure sums, even correspondence to customers requires legal review.”

The weighty focus on compliance and legal certitude is having an impact on sales in another area: the sales-client relationships.

Rowe believes in the importance of building relationships as critical to sales success; but the expectation that solid relationships will keep on repeat business is becoming less certain.

“The days when you could strike up a relationship, keep up the after-saIes service and assume that contracts would be renewed are rapidly diminishing.

“In larger organisations and the public sector, purchasing decisions have to be much more objective and transparent, decision-makers have to be able to justify their decisions to a much higher level of accountability.

“The sales guy who would wine and dine a client, pick up the tab and expect an order on the fax machine when he got back to the office just doesn’t happen anymore. Today, the salesman in many cases can’t even take a prospect out for a sandwich because corporate and government policy is to keep everything strictly above board.”

Strong relationships still matter, they just can’t be relied upon as a meal ticket for life.

“The salesperson has to work harder for the business. You still have to know your craft, that hasn’t changed, but that has to be underpinned by much greater knowledge and understanding of the client’s business, you have to have a lot more business savvy about you,” Rowe says.

“My advice to young people thinking of a career in sales: know your product, know your competition, get to know your customer and always think of your sale from the customer’s point of view – what is the value or benefit that your product will bring to the customer?”

As a Melbourne teenager, Carmen Parnos worked in a women’s fashion boutique and was hooked – on fashion, and selling. But it was in the information technology industry that Parnos made her mark.

“My first job in IT sales was for a distributor/wholesaler and we did all our selling from our desks. Everyone was walking around in jeans, but my attitude was ‘I’m at work, I should dress for work, even if my clients never see me’,” she recalls.

Parnos was already acutely conscious of her personal brand, which she would come to consider a vital attribute for a successful career in sales and business. It wasn’t long before the executives from vendor companies that came in to see her boss also noticed Parnos.

“I’ve always been very conscious of my grooming as a projection of my approach to work, my attention to detail and my respect for clients. Whenever a vendor came to visit my boss, I would always introduce myself or say hello. I developed a rapport with them.”

One day a visiting chief executive said to Parnos: “You’d be brilliant with customers.”

A lucrative career in IT sales followed. “That’s when I started making real money, when I was customer-facing,” she says.

In 1997, Parnos decided to transfer her success with people into her own business ventures: an executive coaching business and an IT recruitment firm. She knew heady success for a decade, even writing two books: one on leadership, the other on personal branding. It all came to a crashing halt when another venture – an events business – failed, bringing down the other businesses. Parnos even lost her house.

But that never-say-die sales spirit soon kicked in. Parnos returned to her original calling: selling. She worked in business development roles for various IT companies and is currently a senior project specialist/sales enablement with Telstra. Although her passion for sales is undiminished, Parnos says selling has changed, reflecting a much tougher economy.

“Organisations are flatter, fewer managers are responsible for more people, so it’s much more difficult to get in front of decision-makers, let alone form a rapport with them,” she says.

“When I got back into sales I noticed a lot more pressure to bring in sales more quickly. It was all about ‘what can you sell tomorrow?’ Building relationships with prospects is considered a bit of a luxury in that kind of environment.”

Parnos had no intention of changing her own focus on building relationships with clients and prospects. Her attitude was to keep looking for opportunities with organisations that matched her values.

“If you look at successful salespeople, relationships are still the key. Even today, and I think especially today, it’s important to understand a client’s business, to show an interest in their business, to have real conversations with them.

“There are so many salespeople wanting to get to the decision-makers that it’s not easy to get to sit in front of a new prospect. But when you do get there, the key is to be genuine.”

Parnos says it’s not an easy time to launch a career in sales, but for those who have the “sales mindset”, there are still spoils to be had.

“I love sales and I reckon it’s a great career for women,” she says.

“Women are good listeners, I think they build rapport so much more quickly than men and they’re more intuitive.

“But what I would say for anyone starting out, you have to be tenacious. You’ve got to stick it out. When others give up, you keep going. With every 100 no’s there’s one yes, and that’s the one you’re going for.”