How to validate your idea over Christmas: #2015istheyear 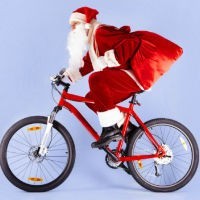 You’ve got an idea for a startup – good for you. What most people don’t realise is that ideas are worth next to nothing.

The majority of startups change their idea markedly between start and success. What you really need to focus on is the problem your idea addresses. Make sure that, above all, you’re solving a real problem.

Focus on the problem and see that your idea is one possible ‘solution’ of many. And whilst it might be the ‘perfect’ solution in your mind, you ought to be open to changing your idea should the market demand it. Now, if the problem you’re trying to solve is something big – world hunger, say – whilst commendable, it’s rather difficult to tackle directly.

What you want to do first is try and find a small subset, a niche if you will, of the problem to solve. In the instance of world hunger, you might try focusing on hunger in a particular region, group of people, or period of time (think a ‘world hunger hour’ initiative).

Chances are your problem is a little closer to home, maybe something you’ve experienced personally. It’s important that the problem isn’t too personal, meaning it’s not a problem experienced by only you and two other people around the world (unless of course those two other people are billionaires willing to part with small fortunes to solve said problem). In other words, make sure that there is a market for your problem.

Don’t get too caught up in the size of the market and all that jazz, for now, rough estimates (such as big, really big, ginormous) will do the trick. Above all, make sure you’re at least reasonably passionate about solving the problem. Startups are marathons, and it will be passion that sees you through to the end.

OK. So you’ve got your mind around thinking about your idea in terms of the problem it solves, and you’re reasonably confident it’s a real problem shared by others. Time to validate that assumption by doing what’s known in startup parlance as ‘getting out of the building’. You need to find people who suffer from the problem you’re trying to solve.

You want to find out if they do indeed suffer from said problem, how big a problem it is in their lives, and how they currently go about solving the problem – be it using a competitor’s solution, taking a different route to avoid facing the problem, or hacking together their own solution to the problem – the latter being your best case scenario.

Sadly you can’t just go up and ask someone those questions directly, as people being people, will generally just give you the answers you want to hear.

There’s a couple of techniques you can use to get around this. The easy way that is somewhat useful; namely asking open ended questions that indirectly address the problem (e.g. “so what are your biggest problems at work?”) and following up when appropriate for more detail (e.g. “OK, you mentioned ‘x’ being a problem, can you talk more about that?”).

Or the hard way that is very useful, which involves actually trying to sell your solution to said problem. Really go through the process of selling it (this may require a few props, perhaps a landing page or slick PowerPoint), it’s tough, but a worthy exercise to get real feedback.

Again, because people generally want to be supportive, if you ask them directly what they think of your idea, most will be positive, unwittingly giving you a false picture of reality. Ask them to buy your solution and things quickly change. You start hearing excuses, AKA real reasons why your idea doesn’t quite solve the problem they have. Or you hear that the problem itself is not that big in their eyes.

It might even be that the problem is one they never knew they had. Conversely, if halfway through your pitch they have their wallets out, cash in hand, you know you’re onto something! Note that you shouldn’t actually take anyone’s money before you can deliver on what you’re selling, at least not without their consent and understanding that you’re validating an idea at this stage of the process.

Aim to speak to a half dozen people (phone is fine but face to face is better), and validate that the problem you’re trying to solve exists. At which point it’s time to put a framework around the business case.

Mercifully, long gone are the days of the 50 page business plan, with forecasts, projections, and many, many words on paper. Today it’s all about the ‘lean canvas’ – a one pager that covers all the important bits of your business, and how they fit together. You can find an online version of the lean canvas, as well as an explanation of what it is exactly that goes into each section of the canvas here.

The purpose of the canvas is to make sure you’ve properly thought about the various parts of the ‘business’ around your solution. Don’t get too attached, don’t spend too long getting it perfect. It’s important to understand that most of what you put into the canvas are assumptions and educated guesses.

As you delve deeper into the problem, gaining insights and understanding that you didn’t have when you first started, you can (and should) update the canvas to reflect this.

In fact, you get the most out of the lean canvas by treating what you’ve put in it as a basis for what you need to ‘test’: Treating every assumption about your business idea as a hypothesis to be proven or disproven.

Just how you go about that will be the subject of the next article in this series, so stay tuned! And remember #2015istheyear.

This is part two of our #2105istheyear series. View part one here.
Amir Nissen is program manager at AngelCube.