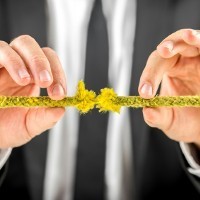 David Young of Young Business was appointed as a liquidator of the refurbishment business on April 17.

SmartCompany understands staff were told early last week that ICMG was insolvent and had collapsed.

Sources told SmartCompany the impact would be felt throughout the construction industry, particularly by sub-contractors.

ICMG’s work included the refurbishment of 90 Collins Street, Melbourne, for GE Capital, as well as the Four Seasons Hotel in Sydney and Norwest Private Hospital in Sydney.

At one stage ICMG had turnover of $50 million and employed 60 staff with plans for even more expansion.

The business is owned by directors Paul Attard and John O’Gorman.

Attard told The Australian in 2013 that the refurbishment market was booming and predicted turnover would grow to $100 million by 2016.

“Maybe with staff numbers, I’d like to move to about 80 and see where we move from there,” he said.

“I think as long as we’ve got the super money that we have, and as long as the equity markets don’t suffer, the global capital that’s looking to invest here (is) going to continue.  I can’t see what’s going to hold us back.”

SmartCompany contacted Attard on April 16 to seek confirmation on the status of the business and he said no appointment had been made at that time.

“The staff were not told the company is insolvent,” Attard said. “At the appropriate time the circumstances will become evident”.

Attard has not responded to further requests for comment.

Young told SmartCompany today the ICMG group comprised of five companies which are no longer trading.

“I have staff at the premises from yesterday morning,” he says.

“There was a problem with a major project at the Langham Hotel and an adjudication in relation to that led to a loss of $2.5 million which caused a big cash flow problem.”

Young says staff were terminated prior to the appointment of liquidators and he is yet to determine how much is owed to creditors.

“Most of the major creditors are sub-contractors,” he says.

An initial meeting of creditors will be held before May 5.