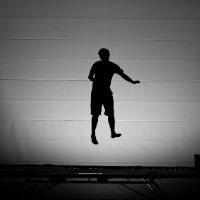 Popular Australian trampoline venue BOUNCE is planning an international expansion off the back of master licensing all Australian venues outside of Victoria.

BOUNCE plans to open indoor trampoline parks in Hong Kong, South Africa, the United Arab Emirates, Sweden and Portugal this year with a number of other countries and territories to follow.

BOUNCE is a popular destination for school trips and birthday parties and is already licensed in Dubai. This year the company is on track to reach $40 million in turnover.

Founder and executive chairman Simon McNamara, who is also responsible for the gourmet fast-food outlet Grill’d, told SmartCompany the planned expansion shows how the company’s business model can be translated across national and international borders.

“What it has proven for us is our offering is cross-cultural, cross-gender and cross-language – it’s very universally understood and accepted,” McNamara says.

“Our partner in Dubai saw the concept in Melbourne and fell in love with it like a lot of people do. He asked us and we subsequently granted the master rights for the Middle East. He opened his first venue in Dubai in May last year and it’s been a roaring success.”

McNamara says BOUNCE has been approached by a lot of people interested in licensing the brand but in the end he only said yes to a small number of people who he thought could bring the brand to life overseas and “deliver the right experience in the right way”.

“We were admittedly thinking this was going to be company-owned, but when you want to expand at the rate we want to expand, partnerships are very powerful because they can take care of the local operations and grow and market it appropriately,” he says.

“The opportunity worldwide is much bigger than the opportunity in all of Australia such that we decided we want to keep pursuing that. So that expansion is going to be a crazy year just facilitating that amount of growth, let alone trying to grow our Australian operations and do them justice.”

BOUNCE has hosted more than 20,000 birthday parties since launching three years ago, and sees on average more than 40,000 people come through its doors each week. McNamara attributes the business’s success to its broad appeal but also more importantly to hiring the right staff.

“If you look at most of our competitors, they appeal to the sub-14 age group,” he says.

“With our offer it appeals much more broadly because right at the start we designed it to have that broader appeal.”

“Our staff really bring our brand to life and that’s the number one thing we get feedback on is where did you find your people. We have disabled groups come through, 3-year-olds through to 30-year-olds, and our staff are able to relate and engage with all of those ages and groups.”

McNamara is confident BOUNCE will be able to successfully expand overseas through a license agreement without the wheels coming off, unlike what happened with retail franchise Pie Face which collapsed into administration last year.

“Right from the get-go we’ve invested ahead of the growth curve in our systems,” McNamara says.

“The way we recruit is to make sure we get the right people, the way we retain them, everything down to the nth degree is fully systemised and we train that into our local partners.”

“If you go into our Dubai operation you could be in Adelaide or Perth.”

McNamara says his one piece of advice to aspiring entrepreneurs is to “get the right people in the right roles”.

“It’s always a balancing act of course because you’ve got to make sure you’re managing your profit,” he says.

“But you do need to invest ahead of the curve if you want to grow rapidly and into a substantial business. And that’s mainly in the people.”

“I always say good people make problems go away, and with bad people all the problems fall on your shoulders.”