Is a liberalised Chinese currency good or bad for the Aussie dollar? 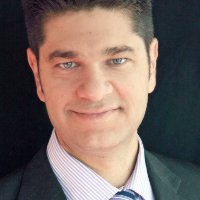 Currency liberalisation is coming, according to Chinese officials. Following the meeting of over 350 top Communist Party officials, known as the third plenum, China has given the signal that controls will eventually be eased. China’s central bank governor Zhou Xiaochuan says they will exit from normal FX intervention – and has gone so far as to say they will also expand the daily trading range.

For a long time there has been strong external pressure applied urging Chinese officials to relax currency controls. These not only keep China’s currency, known as the yuan (CNY), artificially low, but also make international transactions difficult. So the comments have been welcomed by many.

At present the Chinese central bank (People’s Bank of China) controls the currency by setting a daily fluctuation band, which is a maximum and minimum exchange rate at which conversion between the US dollar and the CNY can occur. So they allow it to trade “freely” within these prescribed limits. Since 2007 the bank has continued to not only raise the band but also to widen it. At present it sits at 1% (between the minimum and maximum rates).

It is likely that this trend will continue, with the band not only continuing to widen but also to be set higher. Eventually this will get to the point where the currency rarely reaches either end of the band, meaning the bank can then abandon these controls altogether.

How long will this take?

Although Chinese officials have a solid record of being very slow to reform, given their recent efforts to rebalance the domestic economy away from fixed investment towards personal consumption, we could see reform sooner than the 5-10 year timeline that many expect.

I wouldn’t be overly surprised to see a band in excess of 3% and further liberalisation of the capital controls within the next 2-3 years.

What does this mean for the Aussie dollar?

We have already seen the AUD decline over 20% against the CNY since April 2011, partly in anticipation of further CNY strength and AUD weakness.

I expect China’s currency reforms will only serve to continue to weaken the Australian dollar, for a couple of reasons.

Firstly, the demand for our currency that is currently held by many as a proxy to the performance of China will diminish. The thinking here is that if I can get money into and out of China freely at a true market determined exchange rate (like I can for the AUD) why wouldn’t I go direct to the source (CNY)? Hence those holding AUD instead of CNY would be likely to shift funds that way – out of AUD into CNY.

Secondly, re-shaping the Chinese economy away from such a heavily reliance on fixed investments such as roads and buildings will see a decline in demand for our resources. This would also lessen demand for AUD over time.