Is Michael Klim looking to dive into a strategic partnership for Milk & Co? 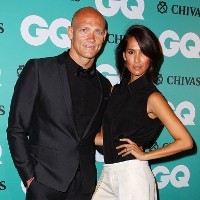 Michael and Lindy Klim with their children

A strategic partnership with a larger company could prove to be a gold-medal winning formula for Milk & Co, the skincare brand founded by Olympian Michael Klim and his wife Lindy.

Fairfax reports Milk & Co has held talks with at least one ASX-listed company in recent weeks. And while a deal was not signed, the six-year-old company is said to be still looking for a capital injection.

The company secured a $2 million investment from the private equity division of Blue Sky Alternative Investment in July 2012, with Blue Sky taking a “significant minority stake” in the brand.

The Klims maintain majority ownership of the brand, which turned over close to $3 million in the 2012-13 financial year.

Michael Klim previously told SmartCompany Milk & Co had plans to tap into the Asian market and the investment from Blue Sky would help make that happen.

Milk & Co appears to be well-placed to take advantage of the growing market for skincare and cosmetics in Australia, with research from IBISWorld predicting manufacturing of skincare products, including moisturisers and cleansers, will grow at an annual rate of 2.1% between 2012 and 2020. The sector is estimated to generate $237 million in revenue and $17.8 million in profit each year.

The cosmetics and toiletries retail market is also predicted to continue growing over the next five years, with IBISWorld research from September projecting an annual growth rate of 2.5% between 2015 and 2020. Revenue from the sector is estimated to total $3.7 billion, with profit of $277.1 million.

Brian Walker, chief executive of the Retail Doctor Group, told SmartCompany when a brand starts looking for a strategic partnership, it often indicates the company “has a successful small model that is operating well under current circumstances”.

“There is demand for the products; they are making profits and have pretty good cash flow,” Walker says.

Walker says it is likely Milk & Co is looking to expand and needs capital to support that growth.

“They probably believe that they can’t self-fund to grow to the level they want in the time frame they want to,” he says.

While Walker says entering into a strategic partnership can often mean access to helpful external advice for growing companies, he says deals that involve selling part of the business can “put you in bed with different people with different ambitions and goals”.

“At the end of the day, first prize is to hold on to equity if you can,” Walker says.

“But that is not always possible so you must make sure the company you are engaging with has aligned goals.”

SmartCompany contacted Michael Klim but did not receive a response prior to publication.