On Wednesday, October 5, Peter Moriarty was looking forward to two days by the pool in Manila, having just finished a team-training program in the Philippines.

That was before a ticket came into his company’s helpdesk, notifying him one of his largest competitors had just gone into liquidation.

Moriarty sprung into action, wiping his pool-lounging plans and picking up the phone.

Moriarty runs itGenius, an SME-focused reseller for Google’s G Suite cloud-based productivity suite for businesses, which was on track to be turning over between $1 – $2 million in 2013. The company in liquidation was Chromeworx, a competing G Suite reseller, and a business Moriarty says he had “always looked up to”.

Read more: How Peter Moriarty built an IT business which caught Google’s attention

Just 48 hours and multiple frantic phone calls later, Moriarty had secured a deal with the liquidators to acquire all of Chromeworx’s customers and assets, and to employ its sole employee.

Moriarty attributes the speed of the deal to a number of factors, including his company’s previous interest in Chromeworx.

“We had been in discussion to acquire the customers, contracts, brand, and assets of Chromeworx in August, those discussions didn’t end up proceeding,” Moriarty says.

Due diligence had been completed on the deal, so Moriarty knew how many contracts and customers the Chromeworx had. This made it much easier to commit to the purchase. 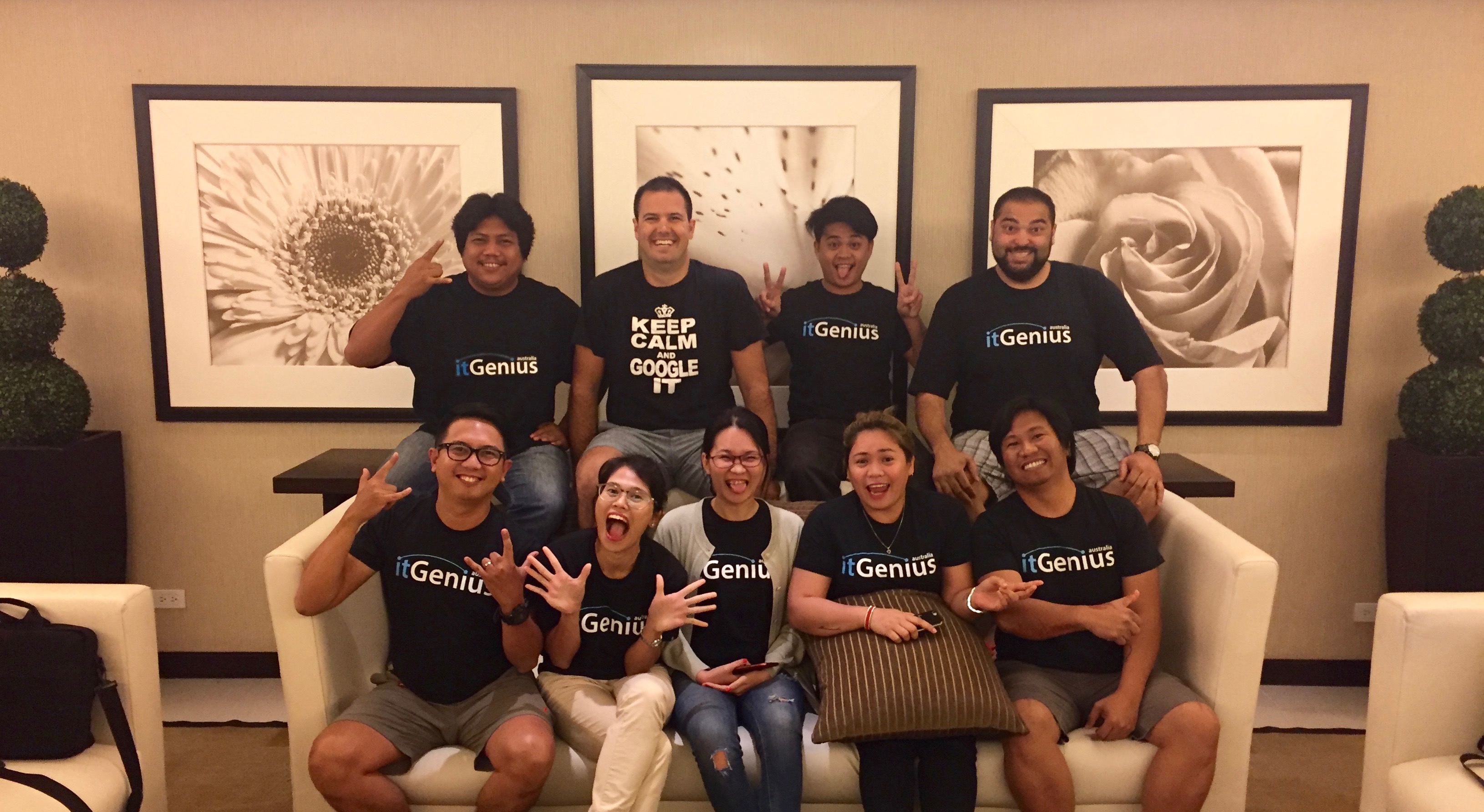 Moriarty and his team in the Phillipines.

The value of a customer database

“We knew there was still value in that customer base, we knew how many customers there were and how many contracts there were,” Moriarty says.

“If all those customers were going to be left for dead, they were just going to transfer their billing account back to Google, or find other arrangements.”

Keeping those customers meant time was of the essence, but Moriarty quickly found attaining Chromeworx’s customer database was not as easy as he thought.

Many of the customers had signed up with the business up front, paying for a year of customer and technical support. The company’s sudden liquidation meant they were without solutions.

“As unsecured creditors, they had to effectively eat it,” Moriarty says.

Moriarty struck a deal with many of Chromeworx’s customers, offering to honour the amount paid in advance to Chromeworx if the client committed to doing business with itGenius for the next year.

“We’re essentially offering them support out of pocket, and most of the clients are pretty happy to take us up on that,” he says.

“Every day without action the clients are effectively in limbo, so we got an email out early last week, and I’ve been calling all of them all week. Building a lot of trust early is the name of the game.”

Chromeworx was acquired for less than “six figures”, but Moriarty says the bigger cost to his business is the support he will have to provide the clients, and the sole staff member taken on from Chromeworx.

Taking on the staff member was essential for the deal to go through, as not only was she out of a job, but she had formed relationships with all of the key clients. This, Moriarty says, was one of the three key negotiations had to take place for the deal to succeed.

“The employee was considering running the business on her own, but as she wasn’t a licensed Google reseller, it would have been a lot of delay in getting that through,” Moriarty says.

“We saw it as a win-win for us to come on board, and we wouldn’t have gone ahead with the deal if she didn’t come join us.”

Apart from negotiating the deal with the liquidators, Moriarty had one other unexpected negotiation to undertake to secure all of Chromeworx’s assets.

The previous owners did not own the company’s domain, with it instead being registered to a shareholder who worked in another company.

“We made a deal with him that if the other negotiations went through he’d sell us the domain name, which he did thankfully,” Moriarty says.

“Getting all three of these negotiations successfully worked out in such a short time frame was the most challenging part of the whole deal. If any part of them failed, the whole thing was off.”

Moriarty believes business owners who are faced with important deals must endeavour to avoid getting emotionally attached, and be prepared to let it all go if necessary.

“The key thing with most business negotiations is to not get emotionally attached. We could have easily proceeded with the deal to acquire the customers without the employee, but without that goodwill, it wouldn’t have worked,” he says.

Good advice from trusted advisors is also necessary says Moriarty, saying it’s key not to jump into deals without being prepared.

“We had great advisors with us right through the process. I don’t sign contracts or jump into these deals without speaking to those advisors,” he says.

Thanks for the writeup Dominic, and thanks to K2 Capital http://k2capital.com.au/ for their advisory!