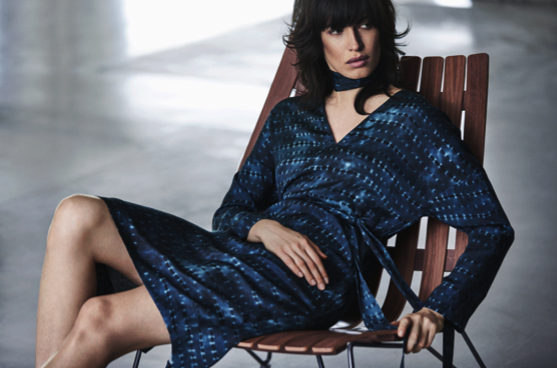 The UK parent company of clothing retailer Jigsaw has taken control of the Jigsaw brand in Australia, 25 years after Jigsaw Australia was established.

The Australian arm of the global clothing brand was established by Jigsaw co-founder Malcolm Webster in 1991 and until recently his company, Webster Holdings, operated as many as 17 retail outlets across the country under a license from Jigsaw UK.

All Australian Jigsaw stores closed at the start of February, with five locations in Sydney, Canberra, Adelaide and Melbourne now operating again under the new ownership arrangements in time for the release of Jigsaw’s global Autumn/Winter 2016 collection.

The remaining 12 locations in Victoria, New South Wales, Queensland, South Australia and Western Australia have either already closed or will cease trading this month.

Jigsaw chief executive Peter Ruis is currently visiting Australia and he told SmartCompany the store closures are part of the agreement for Jigsaw UK to take back the license, with the timing of the closures to depend on the individual store’s stock levels and lease arrangements.

“As Australians head into winter, they will see the new Jigsaw collection,” he says. 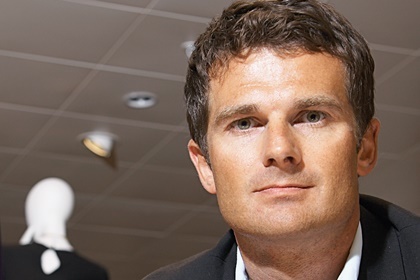 Ruis, who has previously worked for UK retailers Marks and Spencer and John Lewis, says the decision to take control of Jigsaw’s Australian operations followed a “revolution” of the brand in the UK.

“Jigsaw has quite an innovative heritage in the UK, which we have been showcasing with our new shops and products,” he says.

“We started to look at the Australian business, which has been going for 25 years and been very successful. But it wasn’t reflecting what was going on in the UK.”

Ruis says the transfer of ownerships took part through an “amicable conversation” with Webster Holdings, which owns clothing brands David Lawrence and Marcs in Australia.

In fact, Webster is a childhood friend of John Robinson and the duo founded Jigsaw together in the UK in 1972.

More Australian stores on the way

Despite the slated store closures, Ruis says it won’t be long before Jigsaw begins rolling out new stores across the country.

“We will re-launch the website in April and we’re in talks to open some concessions and some new stores,” he says.

“We would love to have about 15 stores in Australia and about 20 concessions over time.”

Ruis is keeping details of which details about which retailers could become home to Jigsaw concessions closely guarded and would only say the brand is in the midst of “ongoing discussions” with department stores.

While Ruis says Jigsaw has been a “big brand” in the Australian fashion market with a “very clear niche”, it was important to “land five stores quickly” following the ownership change as opposed to immediately expanding the company’s store footprint.

That being said, Ruis expects to grow Jigsaw to 15 stores within the next three years.

The stores will be supported by a small local team, led by an Australian country manager overseeing operations, Ruis says.

“We want it to be really hands-on,” he says.

“We have lots of Aussies back in the UK who will help provide local viewpoints. There will be some people on the ground here, with lots of love and attention in the UK too.”

Ruis says Jigsaw’s Australian operations have consistently turned over between $20-25 million annually, although this fluctuates depending on the number of stores that are trading.

The brand is hoping its revenue growth in Australia follows the same trajectory as its operations overall, which turned over £105 million ($201 million) last financial year and is achieving double-digit growth.

“We think we will do anything between £115-120 million in the next financial year,” Ruis says.

Jigsaw currently has 80 stores in the UK and 40 concessions in department store retailers John Lewis and Fenwicks.

Future growth will come from online

Ruis believes future growth in Jigsaw’s Australian business will come from increased investment in its online operations and an expansion in product lines.

A revamped Jigsaw website to launch in April. As well as offering women’s clothing, the new site will offer menswear, accessories, children’s clothing and home collections for the first time in the Australian market.

“Jigsaw has been very proud to offer expensive fabrics and manufacturing from the heart of Europe at high street prices, which is rare in Australia,” Ruis says.

Ruis says women’s accessories are a “real growth area” for Jigsaw, with the brand previously selling limited ranges of shoes and bags, and he believes there is an opportunity for Jigsaw to bring the same aesthetic it is known for in women’s clothing to menswear.

As to Jigsaw’s place in an Australian market that is increasingly becoming home to large international retailers, Ruis says the brand’s 25-year history holds it in good stead.

“It’s an advantage having 25 years worth of history, we’ve been in this market for awhile and we have market share,” he says.

“It would be harder to come in now. It would be wrong not to work off the back of that history.”

“The Australian economy has been very robust. It always feels like a young, fast-growing country with lots of innovation … it’s a great market to be in.”

“Australians are very discerning consumers, which helps with our point of difference in the market.”