Jones the Grocer, Charlie & Co and Becasse collapse into administration 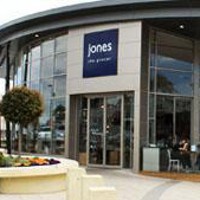 According to a notice published by the Australian Securities and Investments Commission, Jason Stone, Glenn Franklin and Petr Vrsecky of PKF Lawler Melbourne were appointed administrators of Jones the Grocer Pty Ltd and its related entities on December 12.

Jason Stone told SmartCompany this morning he has been appointed administrator of the Australian operations, and therefore is not managing the Jones the Grocer stores in New Zealand, United Arab Emirates, Singapore and Qatar.

Stone says the administration covers the four Jones the Grocer stores in Melbourne and Sydney, as well as two Charlie & Co outlets and two Becasse outlets, all of which are continuing to trade.

He says together with the Senselle distribution centre, the company employs more than 200 people.

A meeting of creditors for all companies is scheduled to take place in Melbourne on December 24 and Stone says the current plan is to “restructure the company so it can continue to trade”.

“There were some internal management issues and the shareholders decided on this formal process as a means to clean it up,” Stone says.

Jones the Grocer was founded by Lindsay Jones in 1996, with the food emporium opening its flagship store in Woollahra, Sydney. The company sells gourmet food products, including pastries, coffee, artisan cheese, chocolate, tea and sauces, and was acquired by Melbourne businessman John Manos in 2005.

Ravi Thakran, managing partner of L Capital Asia, said in a statement at the time Jones the Grocer was “poised to grow five-fold in five years”.

“There are not many opportunities with this kind of potential,” Thakran said.

“Its Australian origin represents, on one hand the quality of food and beverages that the country is famous for and at the same time, the ‘cool’ and ‘hip’ lifestyle Australians reflect so beautifully.”

“We are excited about expanding this brand into new markets, especially North Asia, South East Asia and the Middle East.”

According to Fairfax, Jones the Grocer was turning over approximately $33 million in 2012 and had plans to expand to Kuwait, Saudi Arabia, Thailand, China and Japan.

SmartCompany contacted Jones the Grocer and L Capital Asia but did not receive a response prior to publication.