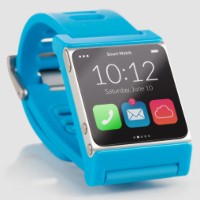 Consumer electronics giant LG is releasing another new wearable, with the device allowing parents to track the whereabouts of their kids 24/7.

The KizON wristband will use GPS, Wi-Fi, as well as 2G and 3G mobile networks to track the whereabouts of pre-school and primary school children.

The device contains a button that allows the child to automatically call a preconfigured number through the device, with the number able to be set using an Android smartphone or tablet.

The device also can be called from any one of the preconfigured numbers, with the device automatically answering the call if the child fails to answer within 10 seconds.

In a statement, LG Electronics Mobile president Jong-seok Park says “children as well as the elderly are ideal customers for wearable technologies”.

The device will be released in South Korea on July 10, with the company promising releases in North America and Europe during the third quarter of 2014. The announcement comes as the company rolls out its Android Wear-powered G Watch wearable.