Lickety split: Wendy’s Supa Sundaes’ creditors to get between 14-20 cents in the dollar back 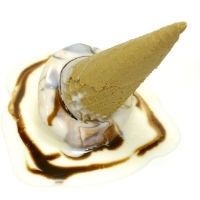 Creditors of Wendy’s Supa Sundaes are expected to receive between 14 and 20 cents in the dollar, as administrators Ferrier Hodgson proceed with a Deed of Company Arrangement (DOCA) approved at the start of the month.

The current franchisor of the Wendy’s chain, Supatreats Australia, proposed a DOCA for Wendy’s Supa Sundaes in mid-August and creditors voted in favour of the deal on September 1.

Under the DOCA, Supatreats will provide $700,000 in a pool of funds to pay employee entitlements and debts owed to the company’s creditors, which will be added to between $75,000 and $117,000 in voluntary administration funds.

Another payment of $200,000 will be paid in instalments over the course of the third year.

While former employees of the business can expect to receive the full sum $21,000 owed them, unsecured creditors will receive a much lower amount.

Ferrier Hodgson estimates the return to unsecured creditors will receive between 14.1 and 20.6 cents in the dollar for combined debts estimated to be in the range of between $634,000 and $721,000.

The dividends received by the creditors will depend on the total number of claims. Ferrier Hodgson currently puts the number of unsecured creditors between 3500 and 4500.

However, the return to unsecured creditors under the DOCA is estimated to be higher than if Wendy’s Supa Sundaes was liquidated.

In that scenario, Ferrier Hodgson estimates a much higher number of unsecured creditors, between 8400 and 9400, would receive at best 3.9 cents in the dollar and at worst, nothing.

A spokesperson for Ferrier Hodgson told SmartCompany this morning the administrators have commenced paying full entitlements to the former employees of the stores that were closed.

Four company-owned and operated Wendy’s stores closed as a result of the administration and Ferrier Hodgson says there are another 34 Wendy’s franchised stores still in discussions with Supatreats about possibly entering into new franchise agreements.

As confirmed in the first meeting of creditors for Wendy’s Supa Sundaes, there are 131 Wendy’s franchises assigned to Supatreats.

The spokesperson for Ferrier Hodgson says unsecured creditors will receive a first dividend from the company by the end of the first quarter of 2016, which will be followed by further six monthly dividends over a period of three years.

Once all the dividends have been paid to unsecured creditors, the spokesperson says “the future of Wendy’s Supa Sundaes Pty Ltd as an entity will be determined by its director”.

Patrick Coghlan, commercial director of Creditorwatch, told SmartCompany this morning it is common for unsecured creditors of companies to only “end up getting [some] cents in the dollar if they are lucky”.

Coghlan says it is a “sad state of affairs” but often the best thing for small, unsecured creditors to do is write off debts to companies that have collapsed.

“For an unsecured creditor, the best thing to do is to position themselves to pick up business if a similar business starts up again,” he says.

Coghlan says it is also not unusual for it to take years for unsecured creditors to recover funds from a voluntary administration process.

“If you look at most small businesses, they will have finance or a bank loan and the interest payments alone would be enough to wipe out any money they get back,” he says.

“So keeping an eye on debtors is more important than ever.”

Coghlan says being vigilant about recovering payments from debtors is especially important as the Australian Tax Offices continues to be “extremely active in winding up companies”.

“If you are an unsecured creditor, you need to be the squeakiest wheel of the bunch to get the grease, especially at this time of the year in the current economic environment,” he says.

“You need to stay on top of your debtors.”

SmartCompany contacted Supatreats Australia but did not receive a response prior to publication.