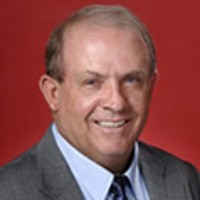 Creditors would have broader powers to sack dodgy liquidators, if changes being pushed by Nationals senator John Williams get through federal cabinet.

The Australian Securities and Investments Commission previously said it would crack down on the industry after it received hundreds of reports of alleged misconduct concerning registered liquidators in 2011, but the move by Williams would see creditor frustration turned into legislation.

Fairfax reports the senator is on a mission to shake up the insolvency industry and has gained support from assistant Treasurer Mathias Cormann, who has assured him the reforms will soon go through cabinet.

The proposed measures include an increased power for creditors to sack or remove liquidators through a creditor’s resolution, the power to suspend or ban a liquidator and the placing of onus on insurance companies to notify ASIC if a liquidator’s professional indemnity insurance has expired.

The liquidator would have the right to appeal the decisions through the Administration Appeals Tribunal.

Williams is also calling for a hike in the cost of a liquidator’s licence, potentially charging liquidators thousands of dollars a year. The user-pays model will see the money directed back into ASIC, according to Fairfax, raising revenue of $10 million a year.

However, Jarrod Sierocki, director of consultancy firm Insolvency Guardian, told SmartCompany these proposed reforms don’t get to the core of the problems in the industry.

He says liquidators are already required to pay a fee to register and creditors have an existing ability to sack liquidators they are unhappy with.

“Creditors can sack them now, at the first meeting of the voluntary administration or liquidation,” says Sierocki.

“The only time it can’t is in court appointed liquidation.”

Sierocki says the real problem which needs to be addressed is the exorbitant fees administrators charge during a period of voluntary administration and liquidation.

He says administrators usually add $25,000-$50,000 to the cost of the administration, further crippling an insolvent business and the creditor’s ability to be repaid.

“They are an essential part of the process, but liquidators and administrators fees are just far too high.

“We need to look at the fee structure itself.”