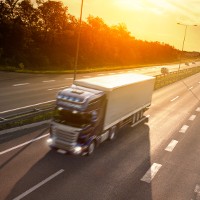 One of Queensland’s largest logistics businesses is for sale after collapsing into voluntary administration earlier this week.

Urgent expressions of interest are being sought for Keeforce Group, its sister company Fresh Produce Logistics and their related entities, following the appointment of Brendan Richards, Will Colwell and Tim Michael of Ferrier Hodgson as administrators on Wednesday.

The family-owned business was established in 2002 and the group turns over a combined total of $75 million annually.

A spokesperson for Ferrier Hodgson told SmartCompany the seven entities in the group employ a total of 279 casual and full-time employees, with 237 staff employed under the Keeforce brand and another 42 working for Fresh Produce Logistics.

Keeforce operates a fleet of linehaul vehicles, servicing the east coast of Australia and the Northern Territory on behalf of a number of major transport providers, with additional locations in Melbourne and Sydney. Fresh Produce Logistics is a refrigerated freight business based in Bundaberg, Queensland.

Ferrier Hodgson said in a statement the company was placed in administration to protect “the considerable assets of the company” and maximise the potential for the company to “continue as a going concern under new ownership”.

Both Keeforce Group and Fresh Produce Logistics will continue to trade during the administration process, with Ferrier Hodgson expecting to find a solution for the business within two weeks.

Administrator Brendan Richards said the collapse is the latest in a number of Australian transport businesses to fall over.

“This is further evidence of the competitive pressures the Australian transport industry has to content with and how hard it is to successfully manage the task of juggling low margins with a huge capital investment,” Richards said.

“In making an early call to go in to voluntary administration, the directors have provided the best possible chance of achieving a going concern sale. A timely response is critical to making the best of a bad situation.”

The first meeting of creditors is scheduled to take place in Brisbane on February 9.