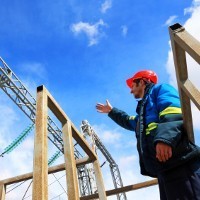 A South Australian manufacturing business that was recently fined $10,000 over a workplace accident has collapsed into voluntary administration.

IKC Sheds was established in 1984 and specialises in several aspects of steel construction, including sheds, engineering and manufacturing.

The company entered voluntary administration on May 29, with Des Munro, Andrew Strazdins and Stuart Otway of BRI Ferrier appointed as administrators.

The appointment came just weeks after IKC Sheds was fined $10,000, plus legal costs, by the Industrial Court of South Australia over an incident in which one of its workers injured his back when he fell through a roof.

In a statement in early April, WorkSafe South Australia said an employee of IKC Sheds fell around six metres through a polycarbonate roof sheet that was being installed on a shed in Clare, South Australia, in August 2012. The worker sustained a number of injuries, including fractures to his vertebrae and sternum and spent 10 days in hospital.

According to WorkSafe SA, the magistrate presiding over the case indicated IKC Sheds would have faced a $145,000 fine but the company’s guilty plea and a plea of financial hardship was taken into account in determining the penalty.

SmartCompany contacted IKC Sheds but the company declined to comment. SmartCompany also contacted BRI Ferrier but a response was not available prior to publication.