Masters – A failure of corporate governance? 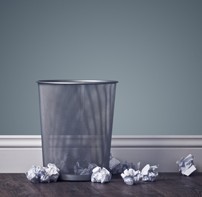 This week, Masters has on offer a white and gold rococo style mirror. If Woolworths’ Chairman, Gordon Cairns, were to nip down to his local Masters warehouse (no need to rush, plenty of parking available) he could, with his staff discount, probably get one for under 50 dollars.

And next time there is a Woolies’ Board meeting, he can stand the mirror up in the space left vacant for the new CEO, and the directors can take a good long look at themselves.

The cause of the problems at Woolworths is not, as some infer, the recently retired CEO, Grant O’Brien, but is staring directors in the face. – it’s the Board.

The retreat from the failing Masters strategy is not only a commercial disaster, it is a corporate governance failure of epic proportions.

It’s hard to know where to start but last May’s Investor Day presentation by Woolworths is not a bad place to begin.

Over the past year there has been a clean-out of the Woolworth’s Board with the previous Chairman, Ralph Waters, and two long serving directors, including the ex-RBA Governor Ian McFarlane, retiring, just before the dung hit the Masters ceiling fan.

Several of the Woolworths’ directors have been in place for a number of years, a few even before the Masters’ strategy kicked off in 2009. Mr Cairns has only been in the role since mid-2015 and hence can be considered part of the solution rather than the problem.

But just because a director arrived after a strategy has been announced does not mean that they can put their hands up and claim innocence.

When new directors join a company, there is a period of induction and in the case of Woolworths this would have included a detailed insight into the current state of execution of the Masters strategy. If a prospective director was unhappy with what they were told then they could choose not to take up the job. If not, we can assume that they were fairly happy with the strategy (give or take a few tweaks).

In May 2015, Woolworths held an Investor Strategy Day in which it made a presentation about the current state of the overall firm. And what a presentation – almost 150 PowerPoint slides on all aspects of the business. And just in case we missed it, they repeated the Key Messages slide four times.

The board and management were scaling back their over-optimistic roll-out plans and cutting back investment in Masters until the “model was proven”.

We have learnt a great deal and have adapted our model. [And….] We are realistic about the time it will take to prove our offer, but encouraged by the customer response to these changes.

The presentation declared confidently that…

Masters will be a long term profit contributor to the Woolworths Group.

The Investor presentation, which covered all of Woolworths’ major divisions including Masters, was given by the CEO and a clutch of senior managers. One has to assume that the overall message had been approved by the Board.

What happened between May 2015 and January 2016 to completely change the outlook for Masters? There was no economic crisis and with the change of Prime Minister, confidence, if anything, improved.

No the plug was pulled because the disaster that was the Masters strategy became too big to ignore.

But were the directors deluding themselves?

The behavioural scientist, Dan Ariely has written several important books on so-called ‘cognitive biases’, most notably ‘The (Honest) Truth about Dishonesty’, which has the interesting subtitle ‘How we lie to everyone – especially ourselves’. Through amusing and insightful experiments, Ariely has discovered that the vast majority of us lie, especially to ourselves, but thankfully we only lie a little bit. There are observable limits to our fibbing.

A smart person might counter – Yes, we may gild the lily the odd time but surely our colleagues (especially well-paid non-executive directors) would tell us to pull our heads in.

Probably true most of the time, but sometimes another well known cognitive bias kicks in – Groupthink. In the 1970s, Irving Janis studied a number of cases of really bad decisions, such as the Bay of Pigs invasion, and found that sometimes the need for a group to search for consensus overwhelms the need to fully consider different opinions. Groupthink has been detected in a number of corporate disasters such as the failures of Northern Rock and Royal Bank of Scotland.

With Groupthink we assume it is someone else’s job to think about the unthinkable and we go with the flow. Decision making then becomes a game of passing the unpalatable parcel.

We don’t know whether the Woolworth’s Board was subject to Groupthink but on the surface it has all the hallmarks. In fact in most cases, we will never know because board-level discussions are kept secret, even in the event that a company tanks.

Despite the fact that the plug was pulled soon afterwards, the Woolworths’ directors were sure that…

The rationale for entering the $45 billion market remains compelling.

Such a failure to face up to the facts staring one in the mirror is a cognitive bias known as ‘confirmation bais’ or the tendency to search for information that supports one’s existing beliefs.

A combination of over-optimism, Groupthink and confirmation bias is a toxic cocktail that means that a board will find it extremely difficult to change its losing strategy unless forced to do so by outside pressure, such as from shareholders or regulators.

In 2016, investors who have lost money on Woolworth’s shares would really like to find out the quality of the discussion that led up to the Masters strategy in 2009 – and particularly if the risks of such an aggressive strategy were properly considered.

Of course, asking firms to unilaterally publish their board discussions is not going to happen. But in the event that a firm goes bankrupt or loses a lot of shareholders’ money on an ill-fated venture, the corporate regulator, ASIC, should on behalf of investors ask that question.

But ASIC won’t ask, because it does not have the power to ensure that Boards make rational rather than emotional decisions.

In the past, ASIC has done some work in the field of Behavioural Economics, but with corporate governance disasters, such as Dick Smith and Masters, it should consider extending that work to investor protection as regards risky strategies.

ASIC could also look overseas where, maybe too long after the GFC, the regime of ‘clawing back’ bonuses after a particular venture goes belly up is beginning to have some effect. A look at remuneration as regards rewards today for strategies that fail tomorrow is long overdue.

It’s time for ASIC to start asking, have you thought about the risks to shareholders in your latest strategy? Yes – then show us!