Mayne: how and why investment banks and boards shaft retail investors 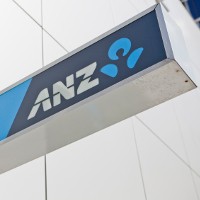 Despite banging the drum for years over the unfairness of capital raisings, it is disappointing the way some mainstream media players still don’t understand some of the fundamentals of Australia’s anything-goes system.

Baker’s column included this dismissive quote from ANZ boss Mike Smith: “The easy thing to have done would have been to do the whole thing as an insto [institutional] placement, but we felt we had to give some to retail.”

It was followed by Baker’s observation that “Deutsche Bank, Citi and JPMorgan now have to convince retail investors it’s a good deal to get the remaining $500 million and what they end up paying will depend on how ANZ stock trades in the last five days of the offer”.

Those two paragraphs show how far retail investors have to go to change the mindset of major public companies, and how investment bank-driven Australian journalism and the ASX remain to this day.

Deutsche Bank, Citi and JPMorgan underwrote the $2.5 billion ANZ institutional placement at $30.95 a share, and will this week be paid a yet-to-be disclosed fee running into tens of millions of dollars for taking on this risk for a 24-hour period.

However, these three foreign banks are not involved in the token $500 million SPP, which Smith has offered as something of a sop to ANZ’s circa 500,000 retail shareholders.

You can tell that the SPP is an immaterial after-thought, which will be poorly marketed because ANZ is only assuming a 6.6% take-up from its retail shareholders.

Do the maths. If all 500,000 retail shareholders acted rationally and applied for the maximum $15,000 worth of shares on offer, this would bring in a staggering $7.5 billion

To raise just $500 million, ANZ only has to persuade every 15thANZ shareholder to take up $15,000 in new shares at a price that is guaranteed to be 2% below the market price over the final five trading days of the offer. This shouldn’t be a hard sell.

Indeed, if shares in the Big Four banks suddenly recover before the ANZ SPP closes, the board could find a repeat of its 2009 dilemma, when it announced a cap of $350 million on its SPP after a $2.5 billion discounted placement at $14.40 but then accepted all $2.2 billion worth of applications from 178,000 participating investors.

This 2009 capital raising, arguably more than any other, highlights how non-participating retail investors are the biggest losers from our system, which is so disrespectful to the basic concept of pro rata property rights.

ANZ shares were trading at around $16 when the 2009 SPP closed, so participants who exited on the first day pocketed an easy $1600 profit or some 11%. Amazingly, 60% of ANZ’s retail shareholders behaved like financial illiterates and looked this particular gift horse in the mouth by rejecting the offer.

For those participants who held the 2009 issued shares up until before last week’s capital raising announcement, the collective profit on the $2.2 billion investment had reached almost $2.8 billion before the shares tanked 8% on Friday to close at $30.14.

The big question for the ANZ board over the coming month goes to whether they will accept more than $500 million worth of SPP applications, but Baker ignored this aspect of the story.

While no one gets near ANZ’s 2009 offer, here are 10 of many examples of boards that announced capped SPPs and then accepted additional applications:

Rather than talking about non-existent selling campaigns by disinterested investment banks, influential journalists like Baker should be urging ANZ shareholders to take up the SPP because of the 2% market discount and then encouraging the board to lift the cap so retail shares are not diluted.

Similarly ANZ should send a reminder letter to shareholders just before the offer closes to maximise participation. It’s called marketing, and they do it every day of the week when selling profitable products such as increased credit card limits.

SPPs are never well marketed because boards don’t need the money — the full amount required is usually raised from the unknown institutional clients of under-writing investment banks in the earlier placement.

These same investment banks offer numerous undisclosed soft-dollar incentives to various executives and directors of our major companies, which oil the wheels of an unfair system that preys on the ignorance and relative powerlessness of small investors.