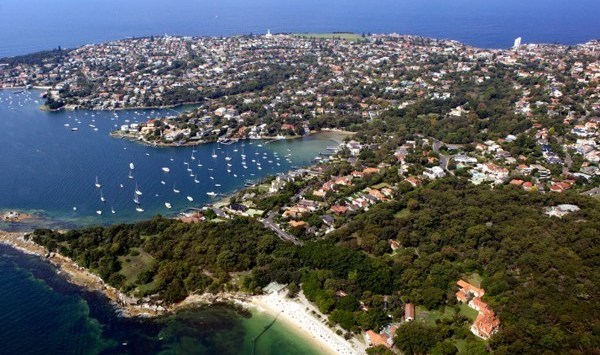 James Packer’s Sydney mansion has been snapped up for $70 million in a deal that smashed housing price records in Australia.

The property, which was under construction for three years, was intended to be the Packer’s family home before the gambling tycoon and his wife Erica Packer separated.

The six-storey house was bought by Chinese billionaire Dr Chau Chak Wing, and is complete with underground parking large enough to fit 20 cars.

Chau is the chairman of Guangzhou-based property development company Kingold Group, and has an estimated wealth of around $1 billion according to the BRW Rich List and Forbes.

Here are four other things you probably didn’t know about the man who splashed a fortune on James Packer’s luxury home.

1. Chau pours a lot of money into Australian political parties

While the major political parties in Australia are the beneficiaries of local companies and trade unions, a significant amount of money is also received from offshore benefactors.

Chau, whose family lives in Sydney, is the largest of these benefactors, according to Fairfax, pouring more than $2 million of his own wealth into the Liberal, National and Labor parties.

2. Packer’s mansion is not Chau’s only luxury property

As is fitting for someone who has amassed their wealth through the property market, Packer’s former Sydney mansion is not the only luxury residence in Chau’s portfolio.

The billionaire’s home in China, which lies just north of his company’s headquarters in Guangzhou, comes with a 27-hole golf course and a 6000-square metre museum.

According to BRW, former Australian prime ministers John Howard, Bob Hawke and Kevin Rudd have all been guests at the luxury property.

3. Chau donated $20 million to the University of Technology Sydney

Snapping up the former Packer family home is not the first time Chau has made Australian headlines.

The property tycoon previously donated $20 million to the University of Technology Sydney, where his son Eric studied design.

The donation led to one of the university’s newest buildings being named after him.

It’s perhaps unfortunate, though, that the building that carries his name resembles a squashed brown paper bag, according to some critics.

Like most of the world’s wealthiest businesspeople, Chau has his fingers in many pies and has built up a diverse portfolio over the years.

His company not only derives its wealth from property, but also investing in a broad range of industries such as pharmaceuticals and eco-tourism.