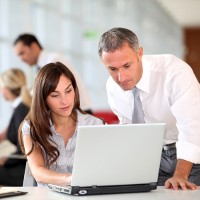 The owner of a collapsed Melbourne marketing company, Naomi-Jayne Aldred, will face court over allegations she did not pay two interns for three months of casual work.

The investigation by the Fair Work Ombudsman follows the watchdog’s recent focus on unpaid work and interns.

However, in a blog post on her WordPress website, Aldred had previously spoken about her concerns that internships could turn into a “rort” and urged employers to “stop the free labour and treating your interns like crap”.

Aldred, who owned and operated Nexus Coaching Group before it collapsed into liquidation last year, hired two interns for her marketing company in 2012.

According to the Fair Work Ombudsman, in the advertisement for the role, Aldred suggested the internship would help the candidate break into the marketing industry.

The successful applicants were a 22-year-old Melbourne woman, who had recently completed a university graphic design course, and a 30-year-old international student from Thailand, who was studying for a Master’s degree.

The ombudsman alleges the two undertook various work including graphic design, marketing and multimedia tasks, on a part-time basis for about three months.

In her blog, Aldred said she was passionate about Nexus’ internship program, which gave interns real industry experience.

“In reality, most companies are using and abusing young interns for free labour, and the labour that they are doing won’t even be considered as real work experience to help them get a role in the future. Why? Because they spend their time making coffee, stuffing envelopes and running errands,” said Aldred in the post.

“Don’t get me wrong, everyone needs to do these sorts of activities once in a while (they’re character building and all that jazz) but I don’t think it’s appropriate for an intern to do them.”

In the post, which was posted on Aldred’s blog in November 2012, Aldred said she had offered eight interns roles at the company so far.

Aldred ended the blog by saying, “Say ‘NO’ to douche-bag internships!”

The employment watchdog claims the two employees were entitled to receive more than $1500 each for the period and there was a third employee, who performed receptionist and marketing assistant duties at Nexus, who was also underpaid during this time.

The three employees were underpaid $10,184 in total, and Aldred was also found to have breached record-keeping laws and failed to comply with a notice issued by Fair Work inspectors.

Employment lawyer Peter Vitale told SmartCompany sham contactor laws mean employers are not able to engage employees as independent contractors, when the true legal basis of the relationship is employment.

“The purpose of this provision is to prevent employers avoiding the ordinary obligations that go with employment by attempting to classify the relationship as independent contractor,” says Vitale.

Vitale says case law has indicated an increasing trend to view individuals who turn up to work, perform their duties and use company equipment as a relationship of employment, rather than an independent contract.

Vitale also says employers engaging in internships should be aware of the guidelines of the definition of relationship, outlined by the Fair Work Ombudsman.

“Having regard to the recent report into internships and the focus of the Fair Work Ombudsman on this issue, it would be prudent for employers to ensure their internships meet the guidelines the Ombudsman has set out,” he says.

“While it might be arguable that other arrangements outside those guidelines could be classified as internships and not employee relationships, I suspect most business would be hesitant to mitigate the issue.”

SmartCompany attempted to contact Aldred, but did not receive a response prior to publication.