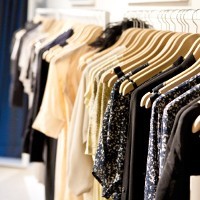 A Melbourne-based retail chain that helped launch fashion labels including Sass & Bide, Gorman and Alpha60 has collapsed into voluntary administration for the second time.

FAT Stores operates five outlets in the Melbourne, selling a variety of local and international clothing labels. A sixth outlet in the Highpoint Shopping Centre in Melbourne’s west closed today.

The latest FAT store opened in the refurbished Strand Arcade in Melbourne’s CBD in mid-2014 but less than 12 months later administrators BRI Ferrier have been called in to manage the chain.

David Coyne, James Koutsoukos and Antony Resnick of BRI Ferrier were appointed administrators of Parque Pty Ltd, trading as FAT Stores, on February 17. The first meeting of creditors is scheduled to be held on February 26.

Coyne told SmartCompany the chain currently employs 40 staff, including head office staff, but this number may change if further stores are closed.

“At this stage it is our intention to continue trading whilst seeking to find a buyer for the business and whilst looking to restructure its operations,” Coyne says.

Coyne attributes the collapse of the FAT chain to “declining margins across its range of products, particularly third party products”, as well as dispute with one of its suppliers.

The collapse comes at a time when other Australian fashion retailers have been feeling the pitch, including fashion house Josh Goot, which fell into administration earlier this month.

The administration of FAT Stores comes just three years after Parque bought the chain out of administration in 2012. At the time, FAT reportedly owed creditors more than $1 million.

According to Fairfax, the chain’s financial woes at the time were the product of increased competition from international retailers such as Zara and Topshop and a downturn in consumer confidence.

“We were finding that items at that lower price point were selling well but there were fewer shoppers willing to pay for those more expensive pieces,” co-founder Rachael Cotra told Fairfax at the time.

Cotra founded FAT in 1998 with Bianca Wiegard, Kym Purtell and Sarah Hamilton, with the first outlet opening on Johnston Street in Fitzroy.

The stores have championed emerging local fashion designers and expanding to a second store on Chapel Street in 2000. There are also FAT stores in Chadstone and Doncaster.

SmartCompany contacted FAT Stores but did not receive a response prior to publication.